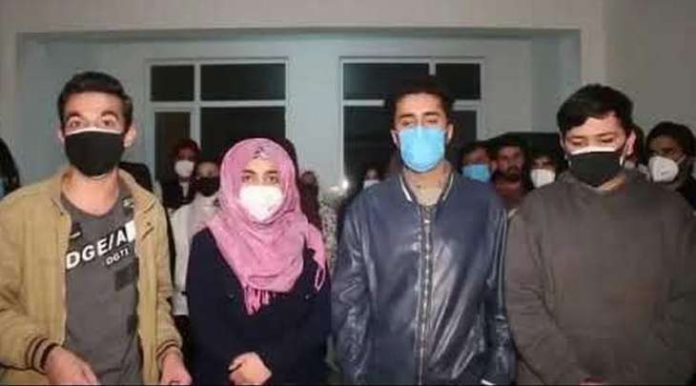 PESHAWAR: Besides facing coronavirus threat, about 60 students of Khyber Pakhtunkhwa studying in China are deprived of scholarships for the last three months which has complicated their problems.

These students are studying in China’s Harbin University of Technology on the scholarship of Frontier Education Foundation (FEF). The students said KP Chief Minister Mehmood Khan has announced that one-year language course will be sponsored under the FEF scholarship. However, they said, no one from the government has contacted them for scholarships three months after their arrival in China.

Taimoor Raza Khan, a student of Harbin University of Technology, said in a video statement that the students have utilised the whole money they had brought from home and now they have no money left. He said the students are locked inside their hostels like prisoners since the last many days after outbreak of coronavirus in China. He said no one has inquired about their wellbeing and they have no arrangement to bring and prepare food for them.

Taimoor demanded the KP government to release scholarships for the students without further delay. He said the Pakistani students are safe from coronavirus so far. However, they said, the students may also be infected if their proper care was not taken. He said there was no truth in the statement of Leader of the House in Senate Shibili Faraz claiming that food and money has been sent to Pakistani students in China.

Global death toll from novel coronavirus has mounted to 811, while the number of confirmed cases has reached over 37,100 in mainland China.

The World Health Organization (WHO) has warned that the threat is far from over, as China has urged the need for reasonable use of safety gear to avoid the spread of the disease. The WHO has warned against the hoarding of such gear, which includes masks, gowns and gloves, and said there could be a chronic shortage.

The death toll from novel coronavirus has now crossed the number of deaths reported from the SARS outbreak in 2003, which killed 774 people.

So far, no coronavirus case has been confirmed in Pakistan. However, authorities have taken measures to cope with any emergency situation and special wards have been set up in different hospitals for this purpose.