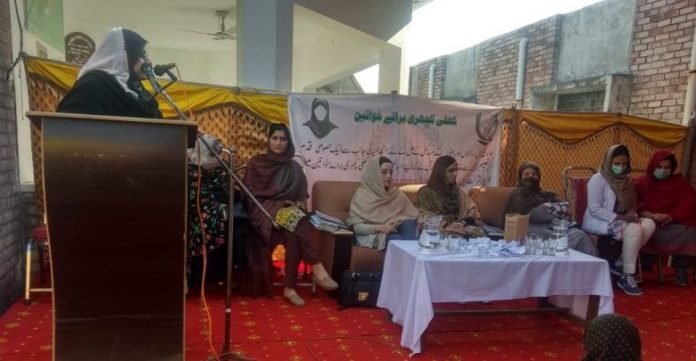 SWABI: After successful holding of open kutcheries (courts) in Mardan and Nowshera, a similar event was also arranged for women in Swabi first time in history on Wednesday.

As many as 180 women from different parts of Swabi attended the kutcheri and shared their problems with the concerned female officers. The officers at the kutcheri ordered resolution of these problems on the spot. On the occasion, nine sewing machines and 27 blankets were distributed among widows through draw.

It was first time an open kutcheri was arranged for women in Swabi which got enormous response. Few days ago, Assistant Commissioner Mardan Gul Bano had also arranged an open kutcheri in Mardan. Women participants in the Mardan event lodged a plethora of complaints to officers on the occasion. Female officers from Education, Town Municipal Administration, Health and other departments participated in the open kutcheri. Officers issued orders for resolution of genuine problems of women.

After Mardan, a similar event was held in Nowshera in which officers and representatives of different district departments participated.

On the occasion, women complained about the problem of sanitation at schools, creation of a post of khala/helper for sanitation in schools, unavailability of medicines and performance of different departments.

A female teacher has been suspended in Mardan over allegedly torturing a student.

The family members of the affected girl had lodged complaints with the DEO (Female) Mardan Shamim Akhtar and principal of the girls school. The female teacher has been suspended for three months.