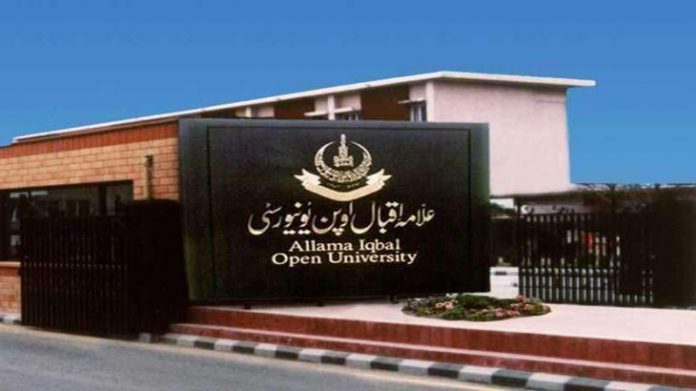 The university has made this decision as part of its objectives of nation building by continuously providing free matriculation education to the students of both less developed areas.

The AIOU Vice Chancellor Professor Dr Ziaul Qayyum has urged the students of tribal districts and Balochistan to utilise this golden opportunity to get quality education and enable them to earn their livelihood in a respectable way. The vice chancellor directed the AIOU regional directors to create awareness in merged tribal districts and Balochistan regarding this campaign so that no one was deprived of education.

The AIOU Director of Admissions Mian Muhammad Riaz said the university has commenced admissions for the programmes offered in the first phase of spring 2021 semester including matriculation, intermediate, ATC, BS (face to face) as well as MS/MPhil and PhD from January 15, 2021 across Pakistan, Azad Jammu and Kashmir (AJK) and Gilgit-Baltistan.

Admission forms have been dispatched to 53 regional offices of the AIOU in an effort to provide admission facilities to the nearby vicinities of the people across Pakistan. The candidates interested in admission can obtain forms from the university main campus, regional offices as well as prospectus sale points established throughout the country. Information related to the prospectus sale points as well as admission forms and prospectuses will be available online on the university website from January 15 onwards.

Prospectus sale points will remain operational from 8:00am to 6:00pm on Saturday and Sunday in addition to the working days of the week to facilitate the students. Moreover, computerized admission forms have been dispatched to the continuing students of the university.

He said that the upgradation would be carried out at a cost of Rs300 million under which 110 beds, seven specialists, 125 posts of doctors and nurses had been approved. He said the up-gradation of the hospital would provide quality health services to people of Bisham.