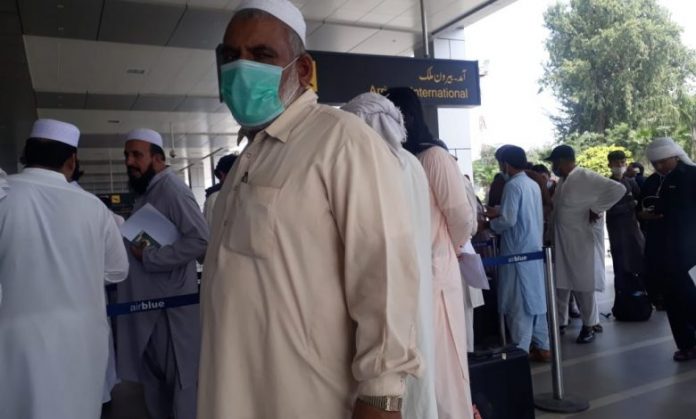 PESHAWAR: Like other people, the overseas Pakistanis were also impacted severely due to coronavirus pandemic. Overseas Pakistanis say travel agents and airline companies have doubled their rates after the lockdown. Travel agents are of the view that increase in charges has been made according to government directions.

Alamgir Shah, who intended to travel to Abu Dhabi from Mardan, told TNN that the air ticket, which was previously available for Rs30,000, is now available for Rs100,000. He said those travelling aboard are also asked to get fresh coronavirus test, which costs them further.

Muhammad Adnan from Shergarh was also planning to go abroad for labour through Peshawar Airport, said he had to undergo two tests, i.e. a PCR test from outside airport and another rapid test at the airport.

Hafeezullah from Bannu, who works in the UAE for the last 30 years, said he also underwent three different tests for going back to the country of his work.

Zafar Ali from Mingora, who works as a travel agent for last 20 years, said previously his work was very easy and the process of sending a person abroad took just one week, but now the process is difficult after corona restrictions. He said overseas Pakistanis in Swat region had to stage protests for availability of vaccination to enable them to go for work. He said problems were also witnessed when Saudi Arabia was not recognising the affectivity of Chinese vaccines, while other vaccines were not easily available in Pakistan at that time.

Zafar Ali said that people going to gulf countries still have low awareness level about travel needs and travel agents had to work hard to arrange necessary documents for passengers. He said the trend of going aboard for labour in Swat is higher. Similarly, he said, some youth also try to reach European countries illegally without any documents, and consequences of such adventures are often tragic.

According to Pakistan Bureau of Statistics (PBS), Pakistani workers from Saudi Arabia were on top of list in sending remittances last year, while labourers from UAE came on second number. These remittances are contributed a lot towards Pakistani economy.