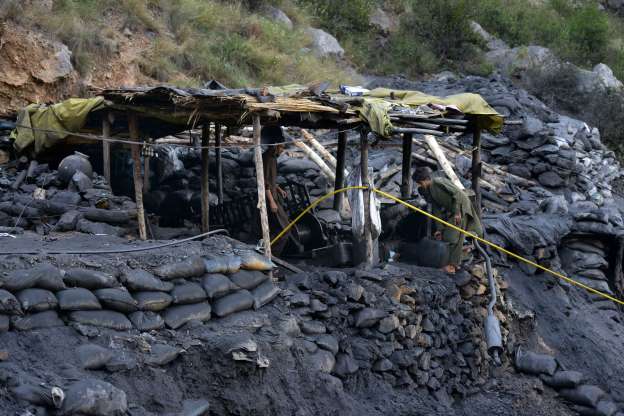 DARRA ADAMKHEL: The elders of Akhurwal tribe have called upon the government to resolve the issue of royalty and other benefits of coalmines which have not been given to the tribe by the administration.

The elders said the tribesmen will be compelled to hold agitation if they did not get their due rights. They said the administration and coalmine companies will be responsible for any untoward situation during the agitation.

The student said the 10-point agreement was signed one and a half year ago. He said only one clause of the agreement is being implemented, while most of the clauses have not been implemented.

The student said although the tribesmen have received a small share in the profit, but most of the provisions of the agreements are being violated by the administration. He said Akhurwal tribesmen will stage protests if they did not get their rights. He said the government

Apart from dispute with the locals on benefits, the coalmines of Darra Adamkhel are also notorious for lack of facilities for the workers. Mishaps often happen in coalmines of Darra Adamkhel which result into casualties. Coalmine workers work under extremely dangerous circumstances and the incidents of gas leakage and suffocation are common. Due to lack of other opportunities, people agree to work in coalmines despite dangerous working conditions.