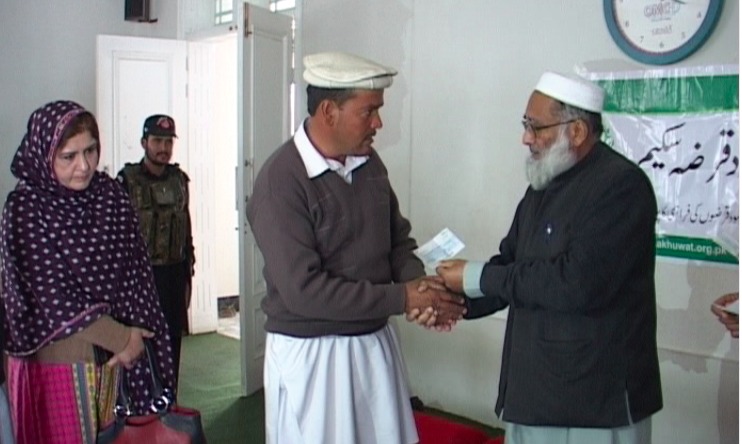 PARACHINAR, 28 Feburary: More than two million rupees were distributed among 95 tribal people from Kurram Agency as interest-free loan under the Governor Loan Scheme here the other day.

Officials from the political administration and management of the Akhuwat organization, which has been sponsoring the loan scheme, distributed cheques among the selected individuals.

The interest-free loan scheme for the people of tribal areas was launched in December last year. Under the program, an individual, if selected, is given upto Rs.100,000 as interest-free loan for small scale business to earn livelihood for their families.

Ghulam Nabi, an official of the Akhuwat organization told TNN that about Rs.20million have been distributed among 550 individuals of Kurram Agency so far.

The recipients of the loan have appreciated the initiative and said the loan would allow them to have a business of their own.

“I had many ideas about starting a business of my own but I couldn’t due to unavailability of money. Now I would definitely start a small business with this loan,” a tribesman said. He added that all poor and deserving people should be given the facility.