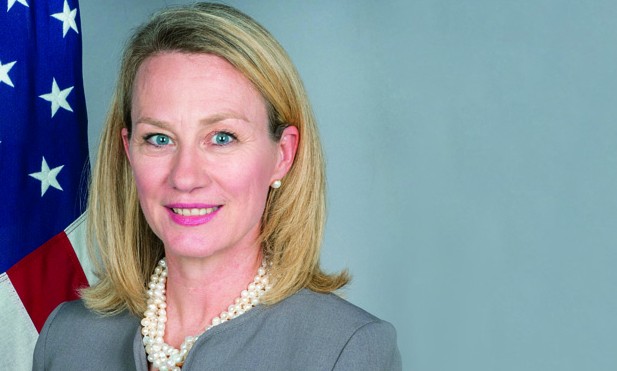 PESHAWAR: The US Principal Deputy Assistant Secretary of State for South and Central Asian Affairs Alice Wells arrived in Islamabad on Tuesday on two-day visit to review key items on bilateral agenda, including the upcoming Geneva Conference on Afghanistan and joint efforts to advance the Afghan peace process.

According to a statement issued by the US embassy in Islamabad, Ambassador Wells met with Minister of Finance Asad Umer, senior officials from the ministries of Foreign Affairs and Interior, and Director General Military Operations Nauman Zakria. Ambassador Wells reaffirmed the goal expressed by both Secretary Pompeo and Foreign Minister Qureshi to build a mutually-beneficial relationship based on trust. Ambassador Wells underscored the importance of all actors in the region takings steps to advance security, stability, and cooperation in South Asia, and welcomed the commitment from Pakistani officials to work towards this goal. Ambassador Wells also discussed opportunities to build business and economic ties between the United States and Pakistan, and explored other areas for growth in our bilateral relationship.