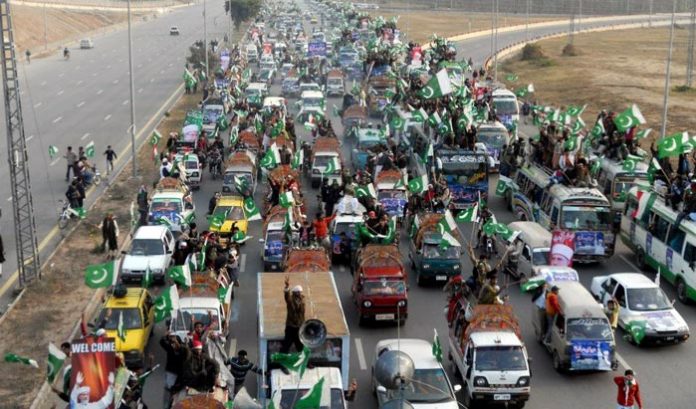 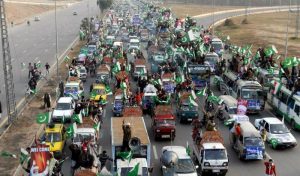 PESHAWAR, August 14: Pakistan Tehrik-e-Insaf (PTI) has got permission for long march in the federal capital Islamabad.

Sources in the PTI say they are setting up stage at Zero Point. PTI activists in large numbers have started their march towards Islamabad but they are facing problems in entering the federal capital because the area has been sealed.

The authorities have blocked the roads with containers to stop the long march. On the other hand, the members of Awami Tehreek, led by Dr Tahirul Qadri, have also announced to join the long march from Lahore, Punjab province. But they are also facing problems due to blockade of roads.

PTI chief Imran Khan had given the call for the march, which they have named “Azadi March” (Independence March), on allegations of rigging in the 2013 elections. Several political analysts have criticised Mr Khan for staging the protest march after ruling the Khyber Pakhtunkhwa province for more than one year. They say Mr Khan should have raised the issue soon after elections instead of waiting for a year.