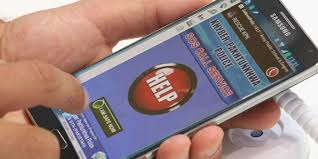 KOHAT, 27 June: The district administration has introduced one-click SOS Alert Service in all the educational institutes of the district to ensure quick response in case of any emergency.

The service will provide the educational institutes with the facility to call the police station concerned by clicking a single button on their android cell-phones. The service was initially introduced in some schools of Peshawar after the attack on Army Public School in December last.

In emergency situation, the head of an educational institute can click a button on his/her cell-phone which would not only give a call on the phones of the police station concerned but also ring security bells in the police station. The olice would get all the information about routes leading to the school in danger on computer, providing an opportunity to them to reach their destination as quickly as possible.

Sources said that the system is installed in some schools in various districts of Khyber Pakhtunkhwa, but in Kohat all the 1,072 have been provided with the SOS Alert Service.