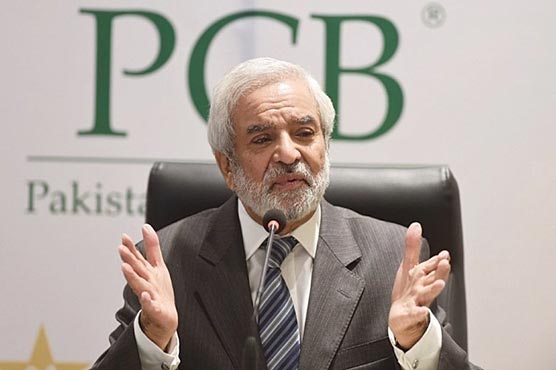 PESHAWAR: The Pakistan Cricket Board (PCB) Chairman Ehsan Mani has said that all the matches of the fifth edition of the Pakistan Super League (PSL-5) will be played in Pakistan.

The PCB chief said the ICC Test Championship is spanned over two years and will end in year 2021. He said Pakistan will host Sri Lanka for two Tests in September and then Pakistan will go to Australia in October/November. He said the PCB is trying to persuade the foreign teams to visit Pakistan and in this regard he is utilising his experience of heading the International Cricket Council and his personal relations with different cricket boards.

Mr Mani said Bangladesh is expected to visit Pakistan to play two Test matches of the ICC Test championship in January/February next year which will be followed by three T20 matches of a bilateral series between Pakistan and Bangladesh.

To a question about cricket ties with India, the PCB chief said India should visit Pakistan first to fulfil its bilateral commitment. He said Pakistan will never beg India or any other country to play cricket with Pakistan. He said the Pakistan women team will visit India in November to play matches of the ICC women Championship.