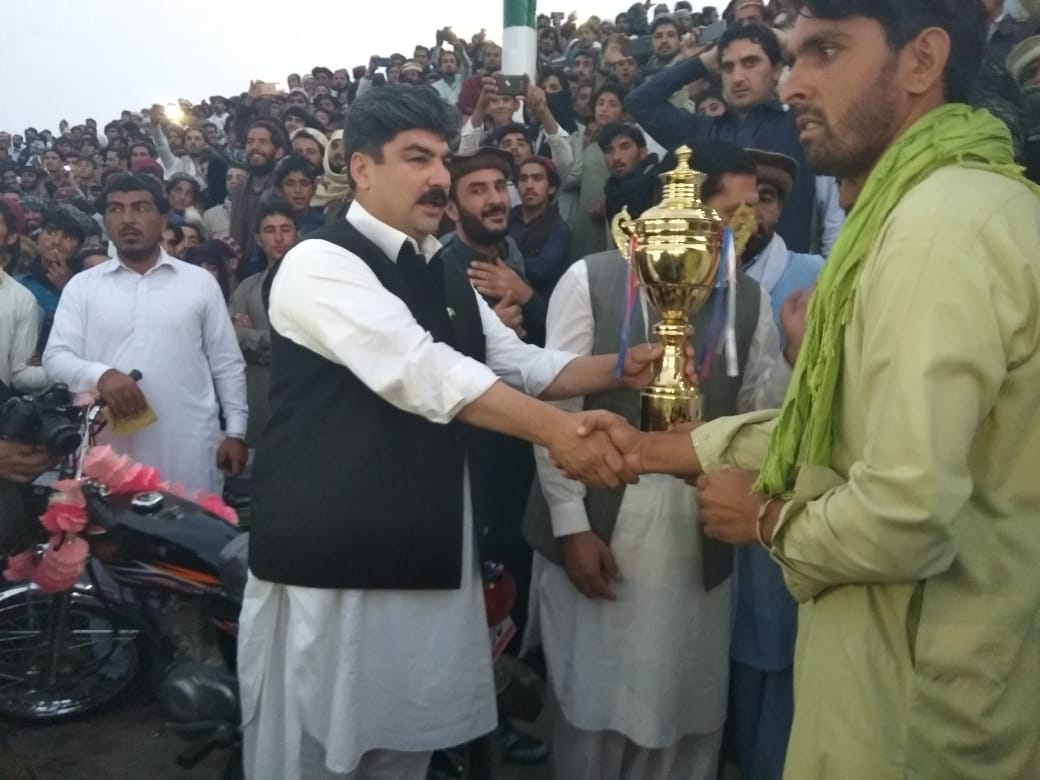 The tournament continued for a month which was participated by 24 local teams and over 30 teams from different parts of the country. Spectators showed great enthusiasm in all the matches, however, the participation of viewers in the final match was worth seeing as thousands of people arrived at the stadium to enjoy the match and concluding ceremony.

The final of the event was played between Chashma Green Miranshah and Chaman Municipality which was won by Green Miranshah by one goal after a tough contest. The players of Green Miranshah were over the moon after their team emerged as the best in the country.

The area people took keen interest in the matches and expressed happiness over successful completion of the event. They said such events should be organised in the tribal districts on regular basis to spread the message of peace. They said although the playgrounds of tribal districts were deserted after militancy and military operations, but now the revival of sports activities have given them a new hope for return of peace.