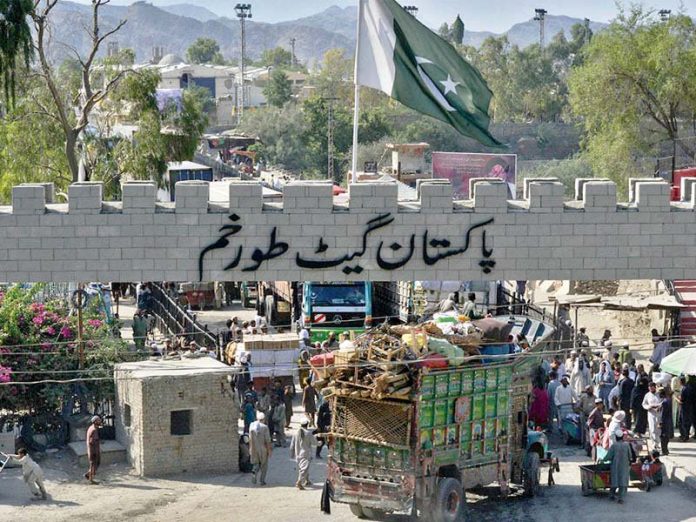 PESHAWAR: Prime Minister’s Special Envoy for Afghanistan Mohammad Sadiq has said that all the private parking places along the Pak-Afghan border crossings are being abolished.

“All five border crossings opened recently (Torkham, Ghulam Khan, Kharlachi, Angoor Adda and Chaman) are now operational for crossing of trucks. Trying to speed up the clearance of trucks through better organisation and efficient handling. All private parkings being abolished,” Mohammad Sadiq said in a tweet.

Pakistan is one of Afghanistan’s major trade partners and the largest market for Afghan exports. However, trade volume often remains affected due frequent border closures due to variety of reasons.

There are a total of 18 border crossing points between Pakistan and Afghanistan. Torkham and Chaman border crossings are the main points for trade and travelling. Experts believe that the trade volume can increased enormously if all the border crossing points are opened. Both the governments need to ensure proper security and environment to exploit the true potential of trade.

With the reopening of the five border points, trade activities immediately witnessed a boost on both sides of the border. However, traders are demanding further concessions and speeding up of the clearing process.

There is another problem with the opening of border crossings with Afghanistan in shape of increased prices of different export items in Pakistan, particularly in Khyber Pakhtunkhwa. The prices of food items like fruit, vegetables, chicken, have witnessed increase as these are now exported to Afghanistan. Fruit and vegetable prices witnessed remarkable decline during lockdown situation, but as soon as the borders reopened, these items are now available in markets of KP at much higher prices.