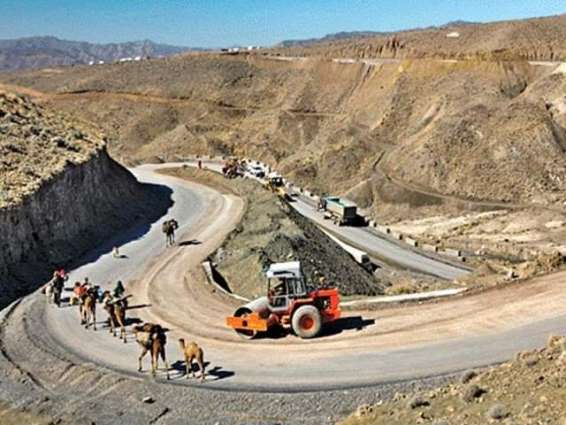 PESHAWAR: The Khyber Pakhtunkhwa government has put in place all the necessary arrangements for the ground breakings of new developmental schemes and inauguration of completed schemes worth billions of rupees in the merged tribal districts in a bid to develop the backward areas of the merged districts with the aim to ensure better service delivery to its people and to provide them quick relief.

This was revealed is a meeting in Peshawar on Monday with Additional Chief Secretary Khyber Pakhtunkhwa Shahzad Bangash in the chair. The meeting discussed in detail matters related to the ground breaking/inaugurations of every individual scheme, and finalised date and venue for the purpose. As per the decision taken in the meeting ground breaking/inaugurations of almost all of the schemes will be held during this month (April 2019).

Beside others, the meeting was attended by the Administrative Secretaries and other high-ups of the concerned departments and representatives of donor agencies.

Important schemes of Annual Development Programme include upgradation of seven primary, three middle and one high schools in Bajaur. Regularisation of 17 community schools in Khyber, establishment of five middle schools in Khyber, polytechnic institute in Orakzai, upgradation of 19 primary schools to middle schools, two middle schools to high schools and one high school to higher secondary schools in North Waziristan, scholarship for students of the merged areas, Tele Medicines Service and provisions of essential emergency medicines (779.052m), removal of deficiencies in seven DHQ and four THQ Hospitals (265m), Extension of health IMU to merged districts, construction and upgradation of one sports grounds per sub-division lend in 25 sub-divisions, provision of municipal services, Solarisation of 300 mosques. Solarisation of existing AHQ/THQ hospitals, construction and rehabilitation of levy posts and lockups in all merged districts, construction of tourist resorts at Gomal Zam dam, establishment of technical institute of Wana, and establishment of Government Girls Degree College Bara etc.

Schemes like Sehat Insaf Card and extension of education IMU etc have already been lunched in the merged districts.

Addressing the participants of the meeting, Shahzad Bangash said that fast-track development of the tribal districts was among the top of both the Federal and Provincial governments, and as such all the departments  of the province and other stake holders  should concentrate on the implementation of the government agenda.

He further directed the quarters concerned that the ground breaking/inaugurations events of all the schemes be held in proper and befitting manner so that the people of the area know what the government is doing for their well-being and prosperity.