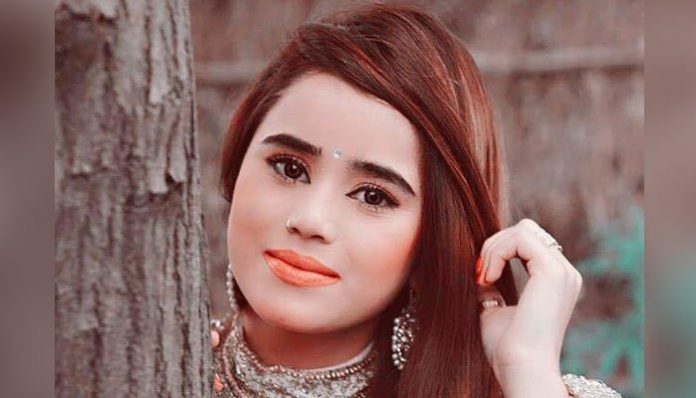 MARDAN: The alleged killer of an actress in Mardan has been arrested and during investigations he has confessed to killing Lubna.

The body of singer Lubna, who was also known as Gulalai in the showbiz, was found in Cham Dheri area of Mardan two days ago. The body bore torture marks which showed that she was killed after severe torture. The post mortem report confirmed that Lubna was tortured and then strangulated to death.

Shabina, the sister of Lubna, had filed a case in which she had nominated two accused. The two accused were arrested and during investigation, one of them, Nawab, confessed to killing Lubna. He claimed that he was in love with Lubna and had bought two homes for her in Mardan and Karachi. He claimed that Lubna also had friendship with other people due to which he was not happy with her.

Nawab further claimed that Lubna had posted the pictures of his sisters on the social media which enraged him and he killed her.

NOWSHERA: A 19-year-old young man was shot dead over a trivial issue in Nowshera on Monday.

One Musanif Shah filed a report with Pabbi Police that his son Sahib Shah was standing outside his home when he exchanged hot words with Umar Shah and Hazrat Shah over a trivial issue. He alleged that Umar and Hazrat Shah opened fire on his son, leaving him dead on the spot.

Police said a case of the incident has been filed and raids are being conducted to arrest the alleged killers.

Meanwhile, several general stores were looted in Khushmaqam area of Nowshera on Monday night, while a vegetable shop was set on fire.

TNN correspondent reported that the thieves looted three general stores and set the vegetable store on fire as there was no cash in that shop.

Meanwhile, Assistant Commissioner Jehangira raided a factory manufacturing substandard cooking oil and sealed the factory. The district administration said the cooking oil factory was being run illegally. The factory has been sealed and further legal action is in process.

Meanwhile, Risalpur Police in a successful raid arrested a gang of robbers. Further investigation is underway.