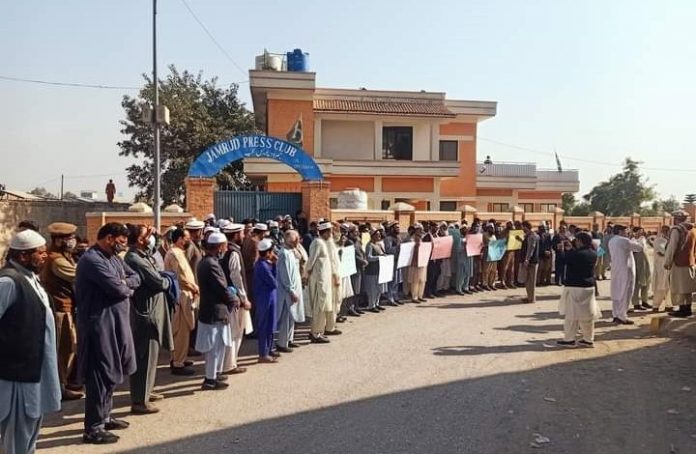 Jamrud Political Alliance has demanded compensations for affectees of Tirah area of Khyber on the pattern of other internally displaced people.

The alliance on Tuesday protested to press for their demands at the Bab-e-Khyber.

Leaders of the alliance including Zarghoon Shah Afridi, Manzoor Afridi, Haji Muhammad Amin and other leaders addressed the protesters.

They at this occasion demanded immediate resumption of survey of affectees of Tirah area. “The return of Tirah affectees which was progressing at slow pace should be expedited,” they said.

They also said demanded compensation package for Tirah affectees on the pattern of IDPs.

The protesters also demanded candidates of local bodies to give priority to Tirah affectees’ issues in their campaign.

“Current government is not meeting the promises they had made to us,” they said.

“If our demands were not made then we would be forced to stage sit-in outside provincial assembly,” they said.