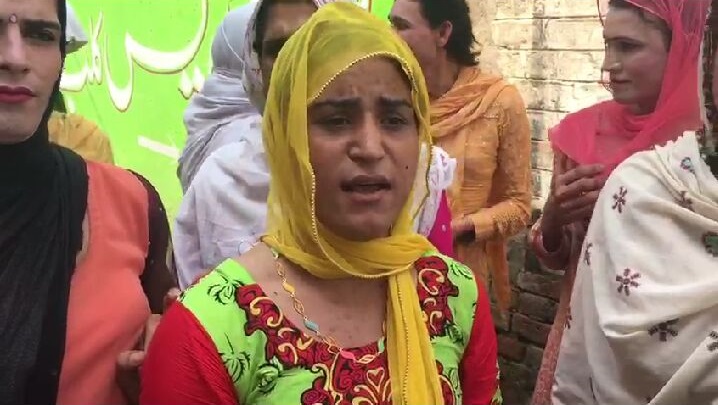 BANNU: Unable to find alternative source of income after banning them to perform at parties, the transgender community here Wednesday demanded of the government to give them jobs or direct Bannu police to withdraw the ban placed on their performance.

The community continue to suffer as Bannu police had launched a crackdown down against them two years ago citing security reasons. They were tortured, baton charged and sent behind the bar after they protested the ban that was followed by a crackdown. “We perform and we earn as dancing is the only skill that we know,” said Sohani, a protesting transgender.

To get their demands accepted, the transgender staged a protest outside Bannu Press Club and chanted slogans against the police for not allowing them to earn a living through their profession. They said that the police stopped them to dance at marriages and celebrations that was their only source of income. 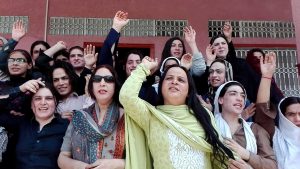 “It was easy for the police to deprive us of our living instead of taking action against the criminals,” said Rani, while talking to Tribal News Network.

Station House Officer Imran Khan said that crackdown was launched after the police received hundreds of complaints of quarrels and disturbance. “We also received complaints that they were spreading vulgarity among the youth,” he said.

Khyber Pakhtunkhwa Transaction Alliance chairman Farzana Jan criticized the police for imposing a ban and said that they should either be allowed to continue their profession or the government should offer them job.

Taimur Kamal, who work for rights of transgender, said he had written to Human Rights Commission against the ban but no action was taken against the police.

He said that cultural events like and music and literary function were continuously attracting a large number of people.