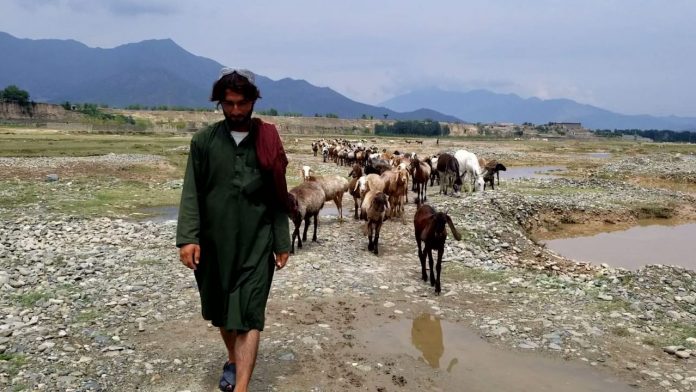 KHAR: This is a profession which was also adopted by some prophets. We remain unaware about the routine troubles of life. Gypsies don’t have a permanent place or home. Like free birds, we dwell where we see facility and move on as soon as we realise that the environment is no more friendly.

These thoughts were expressed by 24-year-old gypsy Almas Khan, who hails from Lugar province of Afghanistan, who is currently staying near a canal in Utmankhel tehsil of Bajaur along with his herd of about 300 sheep. An elderly woman, a man and three girls were also seen in the tent. After seeing mic in my hand, Almas Khan got excited and asked his brother to keep an eye on the herd.

Almas Khan said his forefathers used to do farming in Afghanistan, but after Russian invasion they shifted to Pakistan and since then they could not stay permanently at any location. He said own country is like mother, but he hasn’t seen his country yet due to continuous law and order problems. He said he always prays for durable peace in Afghanistan. 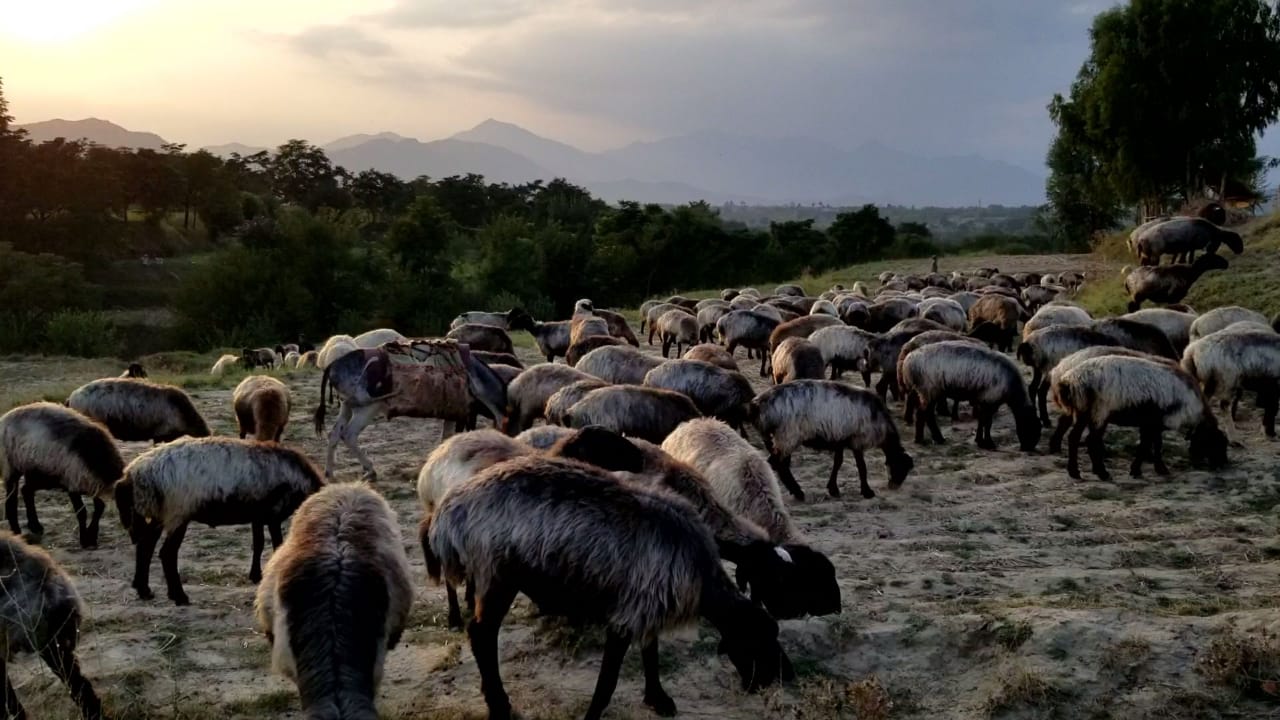 “We don’t have any permeant staying location as we move according to climate conditions. We are staying in Bajaur for the last two months,” he told TNN.

Almas Khan said climate change has affected the shepherds. He said unexpected rains left them and their herd shelterless and they suffer losses. He said their work is even more difficult in harsh summer, but they are still happy with whatever they have got as it is their profession.

In 1960, when the Pak-Afghan border was closed, the movement of gypsies was still allowed. According to an estimate, there are about 800,000 gypsies in Pakistan and most of them are Afghans. Gypsies face no hard restrictions are they are peaceful people and mind their own business.

Almas Khan said although their children get religious education, but remain deprived of school education as they are always on the go. He said he fully realizes the importance of education in this modern era, but still they can’t properly educate their children due to unavoidable compulsions.

The shepherd said grazing lands remain green during summer, but in winter they spend from their own pocket to arrange fodder for the herd.

Shepherds don’t marry people outside the family as their way of life and culture is very tough and outsiders can’t adjust in it. Almas Khan said gypsies women are very hard working and they help the men in every work. He said their marriage functions are very simple.

Almas Khan said the people of Bajaur are very helpful and he is spending a good time here. He said Bajaur is beautiful just like Afghanistan that is why he is feeling at home. He said the gypsy families depend on the earning from sheep as they sale sheep and dairy products. He said he sales sheep of about Rs600,000 to Rs700,000 every year. He said many people sacrifice sheep in Pakistan and Afghanistan which makes the shepherds financially stable. He said gypsies also sometimes face losses in case of death of sheep due to weather conditions.

Almas Khan said there are two kinds of shepherds – some look after her on monthly payment or share of income from newborn sheep or other animals, and others personally keep herds.

The Pakistan government has recently started fencing the Pak-Afghan border to stop cross border attacks by terrorists and the fencing is serving its purpose very well, but strict travelling conditions have affected the movement of shepherds.

Assistant Commissioner Khar Fazal Rahim told TNN that gypsies having passport or Afghan Card enjoy same facilities like Pakistani citizens. He said shepherds coming from other districts to Bajaur are given no objection certificate (NOC) and security. He said shepherds bring a positive culture and they also generate some economic activity. He said the district administration is handling the movement of gypsies and other people well.

The number of shepherds has now reduced significantly due to effects of climate change, cutting of forests, urbanization and other related factors.