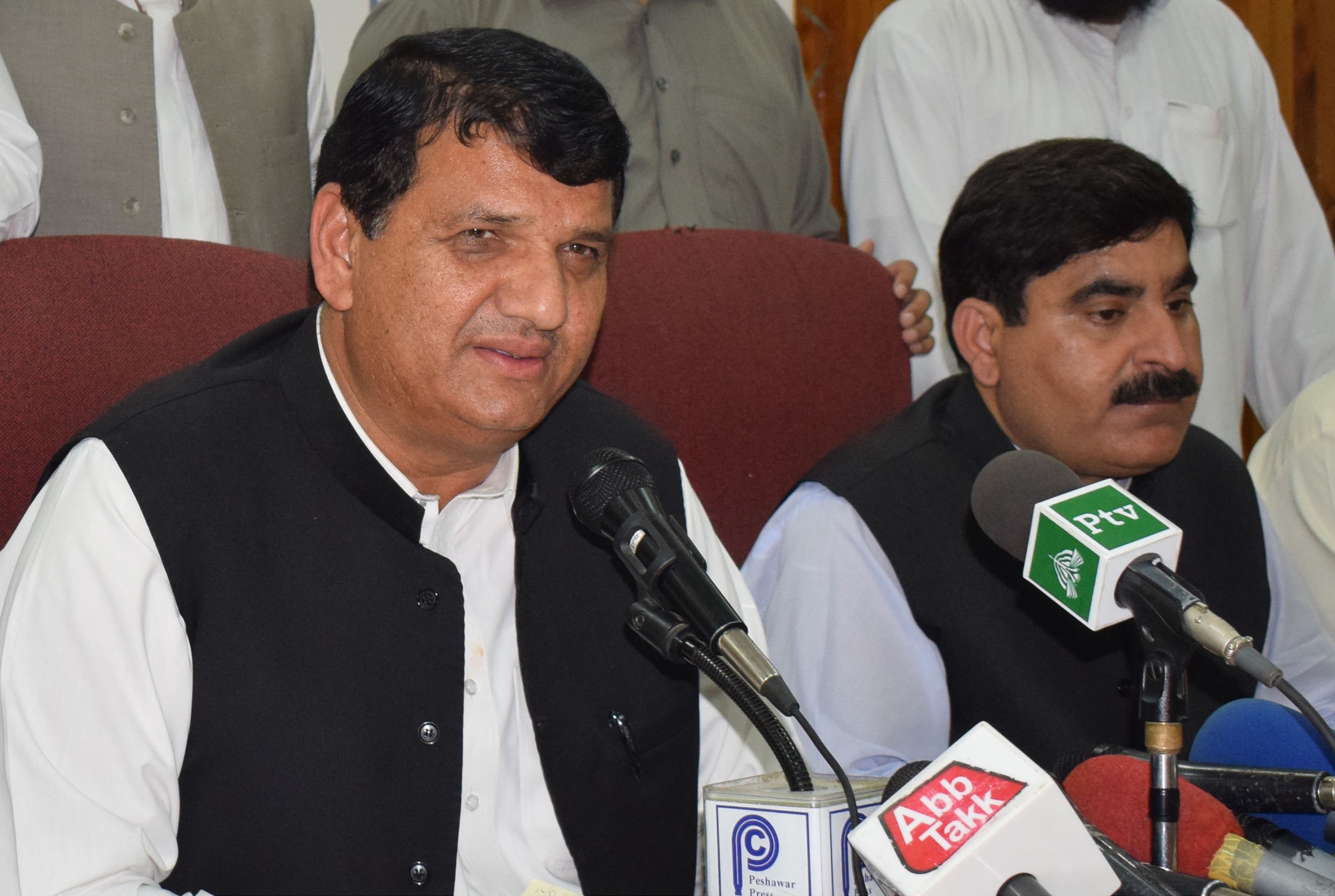 PESHAWAR, 27 October: Advisor to the Prime Minister and provincial president of PMLN, Ameer Muqam has alleged that the Khyber Pakhtunkhwa government rigged the by-poll in NA-4, Peshawar in connivance with some officials from the Election Commission of Pakistan (ECP).

Speaking at a news conference in Peshawar press club on Friday, Ameer Muqam alleged that it was just possible that some low-ranked officials of the Election Commission were involved in the rigging.

“Pervez Khattak knows all tactics how to rig polls,” Muqam alleged. He said he was surprised over the number of votes polled in favor of PTI’s candidate despite of low turnout.

He said that everybody knew that the real contest in NA-4 constituency was between ANP and PML-N but suddenly PTI’s candidate emerged and got over 45,000. “I do not understand how the results were changed. From where did PTI’s candidate get over 45000 votes,” he remarked.

The PM’s advisor alleged that Chief Minister Pervez Khattak in convenience with some staffers of the Election Commission appointed handpicked officials as presiding officers and said he had proofs of this “pre-poll rigging”.

Muqam said that not a single developmental scheme was approved by the Federal Government after the death of former MNA Gulzar Khan, adding he would resign from politics if proven guilty of violating the election rules.