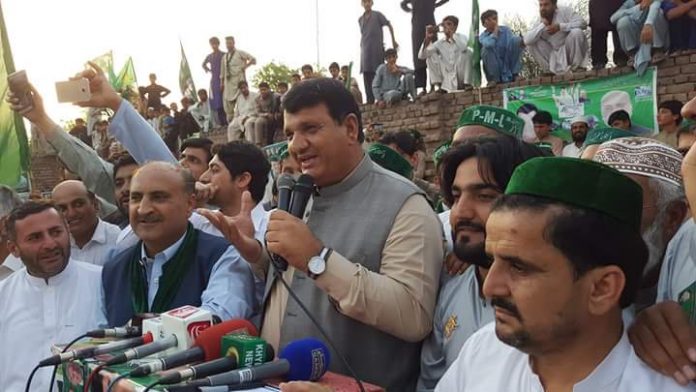 The construction company of Ameer Muqam is facing charges that it has received money for a road construction project between Shangla and Alpuri in district Shangla, but it has not build the road.

Sources in the FIA said it has broadened the spectrum of ongoing investigation into alleged corruption charges against Ameer Muqam and probe has been accelerated. The FIA initiated investigation into the matter after receiving an application from the Ministry of Communications in this regard.

The Amir Muqam and Company had started building the 35-kilometer road in 2009 with the initial cost of Rs850 million which rose to Rs2,800 million in 2013.

Reportedly, the FIA has sought information on the basis of technical assessment from the Public Procurement Regulatory Authority (PPRA), KP Highway Authority and the Peshawar Development Authority (PDA) to identify the alleged wrongdoings.

Regarding transparency in tenders of the project, officials have sought data from the PPRA and assistance from the PDA over the construction material used in the road.

The National Accountability Bureau (NAB) KP has has initiated an inquiry against Management of Immam Ghazali University, Peshawar and others regarding cheating public at large.

According to a statement issued by the NAB KP on Saturday, upon the directions of the Peshawar High Court (PHC), the NAB KP has authorised a probe against the management of Immam Ghazali University allegedly involved in cheating public at large. The statement said the accused persons tricked innocent students to pursue their dream to get medical education in an illegal and unregistered medical college. The college offered admissions to students for five years and charged huge fees not only causing financial loss to parents but also jeopardised the future of students.

The NAB KP has advised the affected students to approach office of the Director General NAB KP, PDA Complex, Block – III, Phase – V, Hayatabad Peshawar for registering their complaints along with proofs of payments and other documentary evidences to investigation officer by 11 February, 2019 (Phone # 091-9217865).