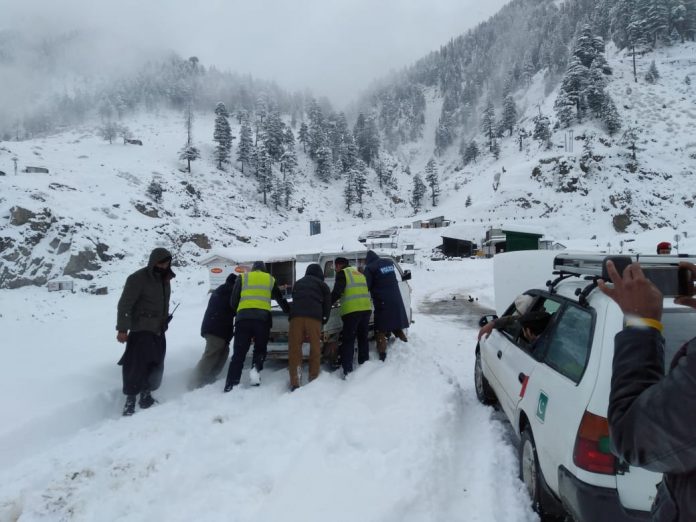 PESHAWAR: Khyber Pakhtunkhwa is in the grip of a cold wave after rains and snowfall lashed the mountainous areas, including tribal districts of the province.

During the last 24 hours, Malam Jabba has received a 2.4ft of snowfall, Kalam, Murree 8.5inch, Skardu 6.5inch, Gilgit, Dir 1.0 inch. More snowfall over the mountains is also expected in Murree, Gilliyat, Malakand division, Gilgit-Baltistan and Kashmir during the period.

The met office says that more rain-thunderstorm with snowfall over the hills is expected at scattered places in Malakand, Hazara, Gilgit-Baltistan and Kashmir, while at isolated places in Peshawar, Kohat, Mardan. Due to the closure of roads, the residents of mountains areas are facing problems in going out from their homes and carrying out their routine work due to the biting cold.

The Met department says that Parachinar, which is the coldest area in the region, where the minimum temperature is minus three degree Celsius. Hamlets near Parachinar town also received first snowfall of the season. The snowfall has also attracted local tourists from the nearby area. In Koh-e-Sufaid is completely covered with snow. 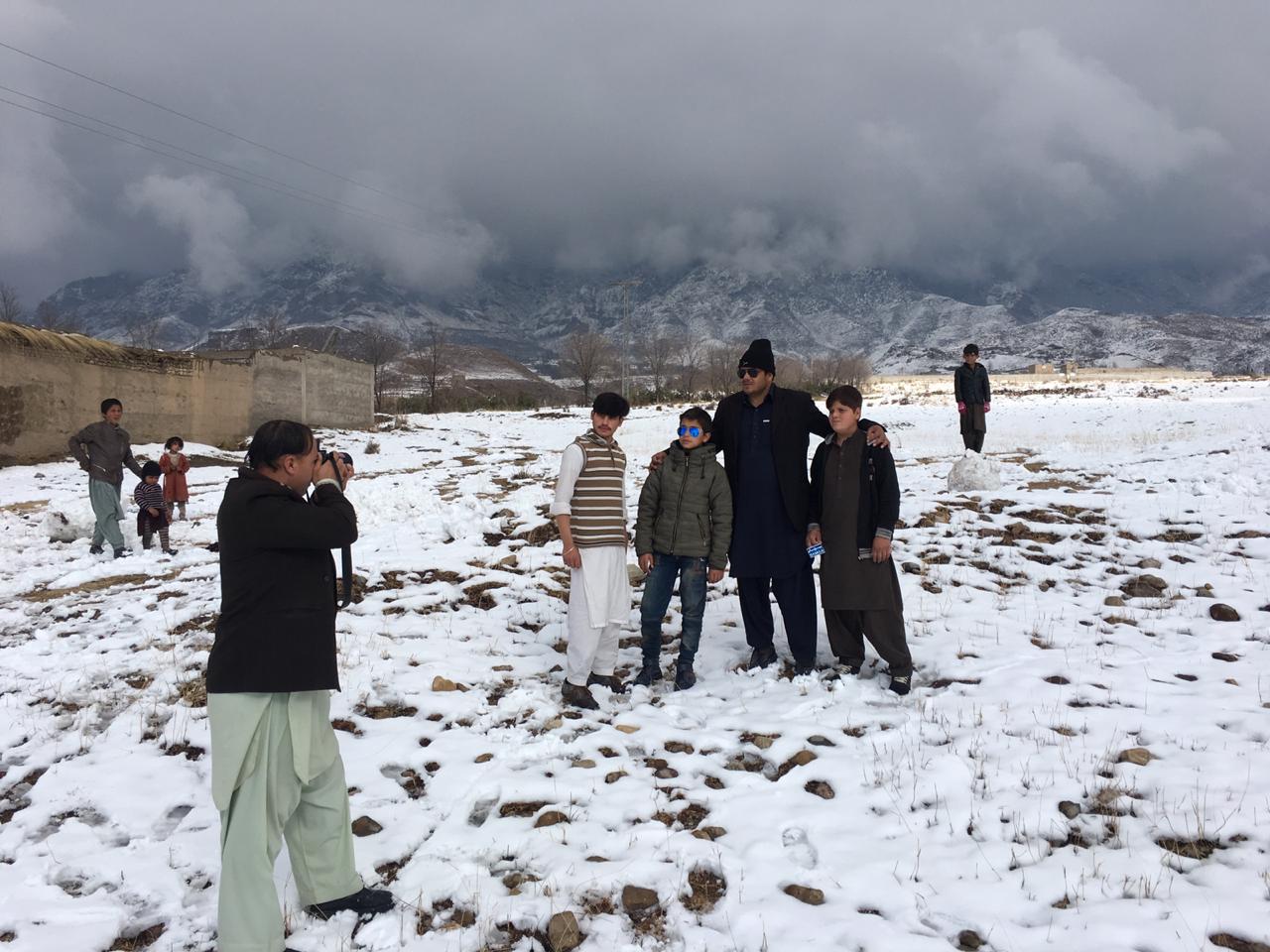 Rain and snowfall in Chitral are continued for hours, has lashed the entire valley disrupting routine life and cutting off the link of the district with other parts of the country. On the Lowari top, where vehicles trapped in the snow were provided help by the Chitral traffic police and somehow restore the traffic flow. District Police officer Chitral has requested the motorists to avoid the unnecessary use of Lowari Top during the snowfall season. The DPO has constituted special teams to cope with any untoward situation due to glaciers collapse and road closures.

It has been snowfall in Upper Dir for the last two days that has trapped the people in the houses. Markets are deserted while there is not enough traffic on the roads. The link roads, especially to mountain areas are closed for traffic due to heavy snowfall while only those shops, which offer warm clothes and food, are doing good business. The local people are also happy with the snowfall as they know that the snow is their lifeline. They used to have no water shortage in summer when the mountains receive maximum snowfall in the winter season.

The local Met office says the current spell is likely to continue till January 15. The wind chill made it feel much colder which has caused respiratory infections in plain areas. In cities, there is a heavy rush of customers at the outlets of chicken soup, fish and carrot halwa to beat the cold weather.