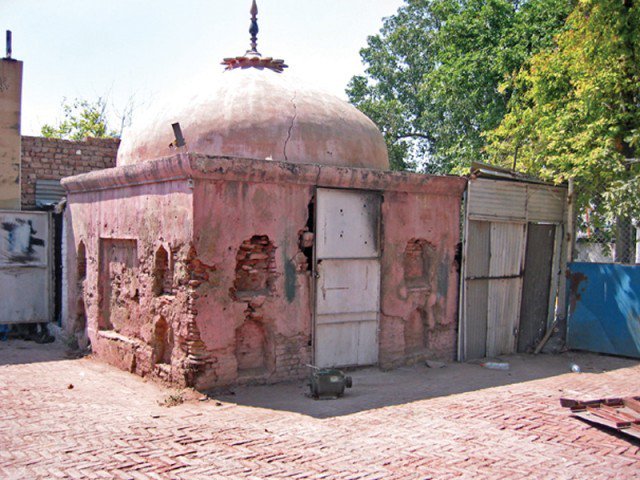 PESHAWAR: The Khyber Pakhtunkhwa (KP) government on Wednesday declared the ancient Hindu religious site, Panj Tirath, a national heritage. The notification is issued by the KP directorate of archaeology and museums under the KP Antiquities Act. 2016.

The Directorate of archaeology asked the KP government to clear the site from encroachments and allow archaeologists to carryout out the much-needed preservation work. The directorate also recommended to the government to eliminate Chacha Younis Park which stands on one of the grounds of this ancient religious site.

The directorate asked for the construction of the boundary wall around the site and allowing the archaeologists to conduct studies.

Panj Tirath, which got its name from the five pools of water present there, comprised a temple and a spacious lawn with date trees. Years of neglect, however, has now brought upon its ultimate demise. According to one source, it was razed down in the 1970s to make way for the building of what was then known as the Sarhad Chamber of Commerce and Industry.

The structure has now in deteriorated conditions. There are two minarets and a building where the family of a worker of the park resides. The five pools of the heritage site now come under the ambit of Chacha Yunus Park and Khyber-Pakhtunkhwa Chamber of Commerce and Industry.

The Hindus in the city blame the government for failing to protect the site. They believe that Hindu from the city and other parts of the province would bring their dead for cremation and it also served as the venue of an annual two-day festival.

The notable historical site currently falls under the Auqaf Department. Khurshid Khan advocate, a senior lawyer from the city has also submitted a writ petition to the Peshawar High Court seeking preservation of the site. The court has heard the petition and directed the chief secretary, director Museums and Archaeology and Nazim of Town-1 to submit response regarding the efforts so far taken for its preservation.