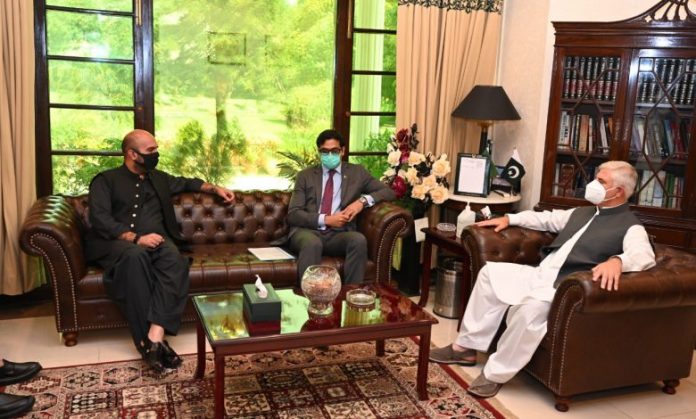 PESHAWAR: The Khyber Pakhtunkhwa government has decided to increase the annual health coverage for the residents of merged tribal districts from Rs600,000 to Rs1 million per family under the Sehat Card Plus Scheme.

Decision to this effect was announced by Chief Minister Mahmood Khan while chairing a meeting to discuss various matters to improve the health coverage under Sehat Card Plus Scheme, says an official handout.

The chief minister decided to cover liver and bone marrow transplants under the scheme in the entire KP. The handout said the decision was taken with the view to provide free treatment facilities to the people and to make the scheme a comprehensive package of social health protection.

The meeting decided to launch a programme under the scheme with the aim to offer special packages of medical treatment to government employees and the general public. It was also decided to put in place a third-party monitoring mechanism for all the activities under the scheme. The meeting agreed to make timely payments to the designated hospitals of the scheme in order to ensure uninterrupted treatment facilities to the patients.

Mahmood Khan directed the officials of the Health Department to take necessary steps to ensure the implementation of the decisions as per the given timelines. He said free treatment of more diseases would be covered under the scheme to facilitate the people. He added that the scheme would be turned into a comprehensive package of social health protection. He said that all the initiatives of his government were aimed at providing maximum facilities to the people, adding that all the available resources would be utilised for this purpose.

Also on Saturday, Mahmood Khan conducted a surprise visit to the Motorway Toll Plaza without security protocol and took notice of illegal checkpoints established by the Excise and Taxation Department and issued suspension orders of the staff there.

The chief minister took action after receiving complaints from a large number of people regarding alleged misbehaviour of the staff at these checkpoints, stopping them and wasting their time without any solid reasons.

The chief minister issued suspension orders of the staff there and ordered removal of all illegal checkpoints on Motorway.