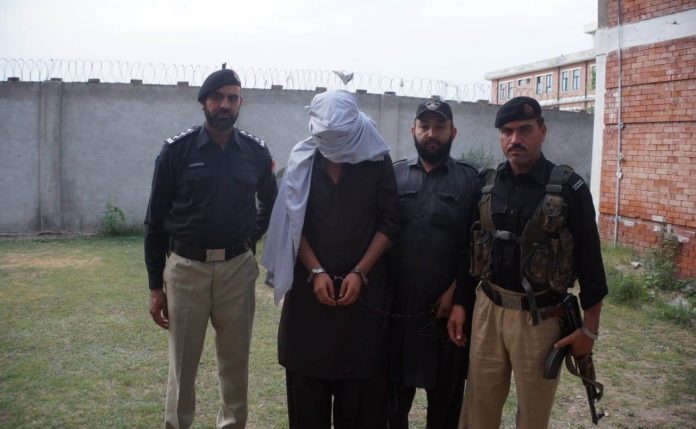 CHARSADDA: Charsadda Police has arrested another accused nominated in the murder case of three brothers.

The accused, Nasir Jamal, was arrested by police during a successful action on the directions of Khyber Pakhtunkhwa Inspector General Police (IGP) Muhammad Naeem.

District Police Officer (DPO) Charsadda Irfanullah Khan said at a press conference at district police headquarters on Wednesday that Jamal Nasir, the second nominated accused in the murder case of three brothers in Umarzai area of Charsadda, has been arrested by a team of Umarzai Police. Jamal Nasir is a cousin of the prime accused, Nadir Khan.

The DPO said the main facilitator of the prime accused, who helped him get a ticket of Malaysia and arranged residence for him there, was earlier arrested from the airport upon his return from Malaysia. He said five alleged fascinators and 30 other suspects have been interrogated by the police in the case. He said another accused in the case, Pir Muhammad, has also been arrested.

Irfanullah said a joint investigation team has been formed on the directions of the KP police chief to probe the incident. He said personnel from sensitive agencies have also been included in the tam. He said the victim family will be provided full security and justice will be done in the case. He said the probe team is investigating the case from various angles and the prime accused, Nadir Khan, will also be arrested soon. He said police are getting closer to Nadir Khan and he will not escape punishment.

The victim family has expressed full confidence in the investigation of Charsadda Police. The family expressed hope that all the culprits involved in the murder of three brothers will be arrested and punished soon.

On May 26, three brothers were shot dead over a land dispute in Ali Jankale area in Umarzai, Charsadda. Armed men opened fire on three brothers when they were sitting at their hujra (male guest house). The suspects fled after killing the brothers. The deceased included a Frontier Corps Superintendent Shabbir, police official Sajjad and Kashif. The reason behind the incident was stated to be a land dispute.