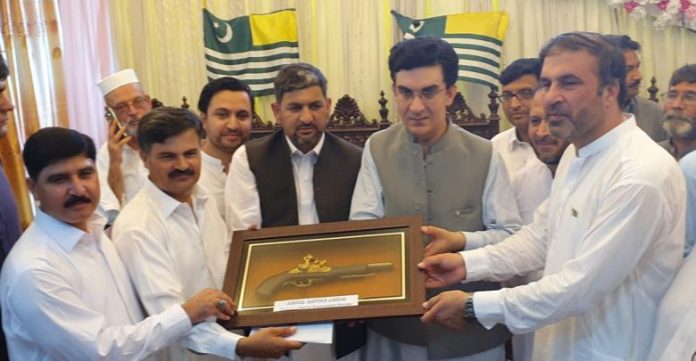 The feature report of Abdul Sattar on Kalpani Canal in Mardan had recently won first prize in Amir Ahmad Siddiqui Awards in Peshawar. He was awarded the prize at a ceremony in Peshawar. On that occasion, the district government had termed the achievement of Abdul Sattar as an honour for Mardan and District Naib Nazim Asad Ali Khan had recommended a special award for Abdul Sattar.

On the occasion, prizes of Rs5000 each were awarded to children who presented tableau and the team of band. A shield was also awarded to Ilyas Marki for his efforts to arrange best decoration on the occasion of Independence Day.

Abdul Sattar had won the 4th Amir Ahmad Siddiqui Media Award in the category of best reporting on climate change and environment in Urdu.

The awards were given to journalists from Khyber Pakhtunkhwa to promote ethical and competitive journalism. These awards are named after late Amir Ahmad Siddiqui, a founding member of the Peshawar Press Club and Khyber Union of Journalists (KhUJ).

Abdul Sattar after winning the award thanked the TNN team for support and encouragement. He said he is also thankful to the organising committee of the Amir Ahmad Siddiqui Media Awards for recognising his efforts. He said he got the award for his report on the worsening situation of Kalpani nullah in Mardan.

Abdul Sattar said TNN deserves credit as it had arranged training for its staffers for environmental reporting recently.