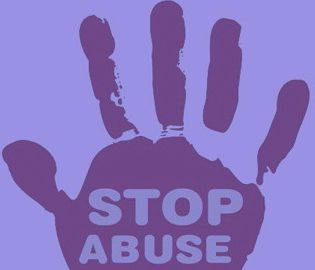 NOWSHERA: Another case of sexual abuse was reported in Nowshera on Thursday where a 14-year-old boy was raped on gunpoint by two accused.

Police said the boy, Barkatullah was going home from market when two accused, Ismail and Nihar Ali, took him forcibly to a maize crop and raped him on gunpoint.

Barkatullah narrated his ordeal to his father and brother-in-law when he reached home. He was taken to District Headquarters Hospital where doctors confirmed that he was sexually abused.

A case has been registered against the two accused and police are conducting raids to arrest the culprits.

Despite outcry in the media against the incidents of sexual abuse in Khyber Pakhtunkhwa and other parts of the country, such incidents are regularly reported.

In another case, on 28 July,  2018, in the same district Nowshera, the body of 12 year old boy who was strangulated after sexual abuse was recovered from Kabul River.

According to a report released by Khyber Pakhtunkhwa Child Protection and Welfare Commission 156 cases of sexual abuse were reported in 12 districts of the province in last six years.

According to the report, Abbottabad remained top of the list with 37 cases of children were sexually abused since last six years.

Besides, cases of children rape reported in Mardan were 35, 19 in Swat, 10 in Bannu, 12 in Peshawar, nine each in Buner , Kohat and Lower Dir, eight each in Chitral and Battagram. It said that around 257 children were physically tortured during this period.

Social activist Taimur Kamal said that the number of children rape and physical torture was far higher but these 156 were those cases that were reported at police stations. The families usually don’t report sexual abuse cases at police stations because of honor or embarrassment, he concluded.