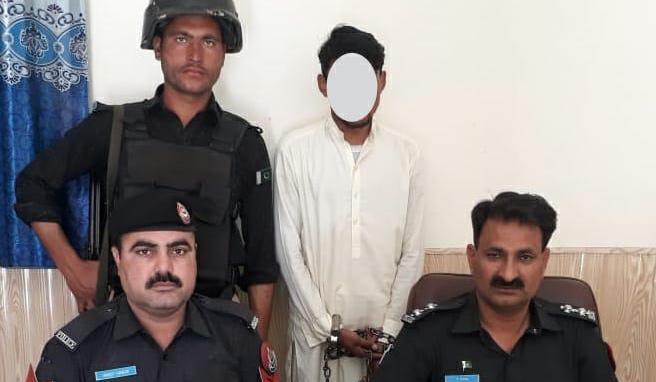 NOWSHERA: Another seven-year-old boy is allegedly sexually abused in Khat Kaly area of district Nowshera. Police have claimed that the accused has been arrested within 24 hours of the case registration, who has accepted his crime.

Akbar Ali, a resident of Khat Kaly has registered an FIR complaining that his seven-year-old son, Shayan, was playing outside his home when a man Amin Ur Rahman who goes by the name of Mulagy in the village approached him and allegedly raped him. Akbar added that he usually remains outside the home for work and when he came back; his family informed him about the tragedy.

After registering the case, the district Police officer constituted and a special team to investigate and arrest the accused, nominated in the FIR. The police claimed that after 24-hours of the investigation, they managed to arrest the Amin Ur Raham aka Mulagy. The police officials presented the accused before the media and said that the accused his accepted his crime.

The Shayan, the victim, was shifted to the district headquarter hospital for medical examination. The police further informed that a case has been registered against the accused under the relevant section of laws and conducted further investigation.

There has been increased in the report of sexual violence against children. On March 15, A nine-year-old boy has been sexually abused in Esori Payan area of Nowshera. Police have claimed that they have conducted raids and arrested the accused, Razzaq within 24 hours.

On March 20, A five-year-old boy was sexually abused in Jandar Gali in Nothia within the jurisdiction of Gulberg police station. Police have also registered the FIR and claimed that the accused has been arrested.

Earlier, District Police Officer (DPO) Mansoor Aman said the increasing incidents of sexual abuse of children are a matter of grave concern. He said such incidents can be curbed by joint efforts. He urged the Ulema, area elders and social activists to play their role in creating awareness among the people about this issue.

According to unofficial statistics, in Pakistan, during the last five years, 18000 children were sexually abused and killed. However, says the study, so far only 25 culprits were granted death sentence while 11 were imprisoned for life.