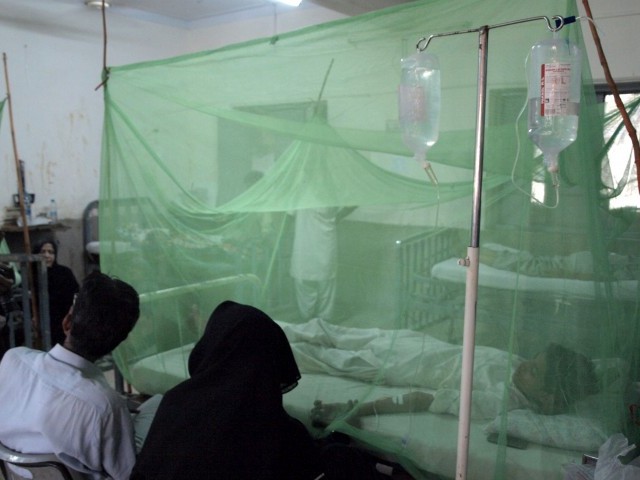 According to Dengue Response Unit, a 52-year old Khairullah who was a resident of Tehkal was admitted to Khyber Teaching Hospital.

Officials at the unit said that his condition worsened on Thursday who was shifted to Intensive Care Unit but succumbed to the fever.

They said that he was affected by dengue several days ago, adding that around 10,000 people were affected due to dengue outbreak in the province.