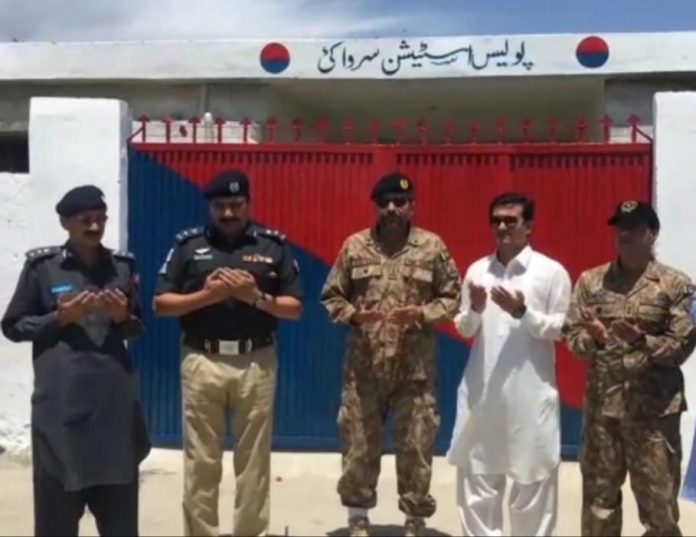 Regional Police officer Syed Peroz Shah and Brigadier Ray Asim have inaugurated the new police station and assured that it will be helpful in providing security to the people of the area.

During the inauguration ceremony, Deputy Commissioner Noman Afzal Afridi, and assistant Commissioner Sarwakai and other government offices were also present. The KP police have announced the establishment of three police station in South Waziristan tribal district. The police station, in Wana and Sarwakai, has already been established while the third station will be established soon in Ladha area of the district.

PESHAWAR: The Khyber Pakhtunkhwa (KP) government has decided to open twenty-eight new stations of Rescue-1122 in different districts of the province including the newly merged tribal districts.

According to a spokesman of Rescue-1122, the KP government has allocated over two billion rupees for this purpose in the new budget of the province. The purpose of the rescue 1122 is to help the people during the emergency situation

These stations would provide quick services to the people in case of an emergency, the sources said. In January, this year, The Khyber-Pakhtunkhwa (KP) government has given the approval to extend Rescue 1122 services to all the tribal districts.