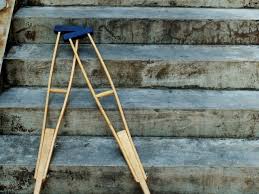 LANDIKOTAL, 10 December: Another polio case has been surfaced in Khyber Agency.

According to the National Institute of Health (NIH), samples were taken from two-year-old Sanaullah of Landikotal tehsil of Khyber Agency in November. It said poliovirus has been detected in the samples. Sanaullah was infected by poliovirus despite getting polio vaccination.

With the emergence of new polio case, the toll in Pakistan has mounted to 50 this year. Sixteen among them belong to Federally Administered Tribal Areas (FATA) and 15 belong to Khyber Pakhtunkhwa.

Pakistan and Afghanistan are the only two countries in the world where polio has been categorised as endemic viral infection. Vaccination efforts are often hampered due to threat to polio workers and refusal by some parents to administer polio vaccine to their children.