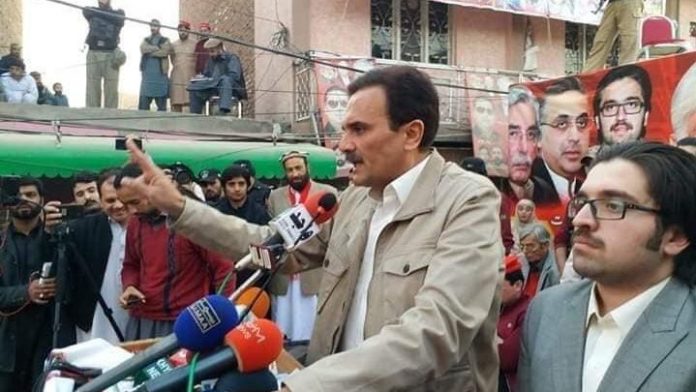 PESHAWAR: Provincial president  Awami National Party (ANP), Amir Haider Khan Hoti has said there is still legal vacuum in tribal areas even after its merger with Khyber-Pakhtunkhwa.
He added that peace has been restored but no funds were released government due to which FATA reforms couldn’t be implemented in a real sense.
He was addressing a massive party gathering on Friday on the occasion of 6th death anniversary of Shaheed Bashir Ahmad Bilour. Other party leadership including Mian Iftikhar Hussain, Aimal Wali Khan, Haji Ghulam Ahmad Bilour were also present on this occasion.
Bashir Ahmad Bilour, one the staunch critic of militant’s ideology was martyred in a suicide attack during the party meeting on December 22, 2012, while attending a party gathering inside the walled city.
His only son, Haroon Ahmad Bilour was also martyred just days before the 2018 general election along with the 20 others in a suicide attack in Yakatoot area of the city. 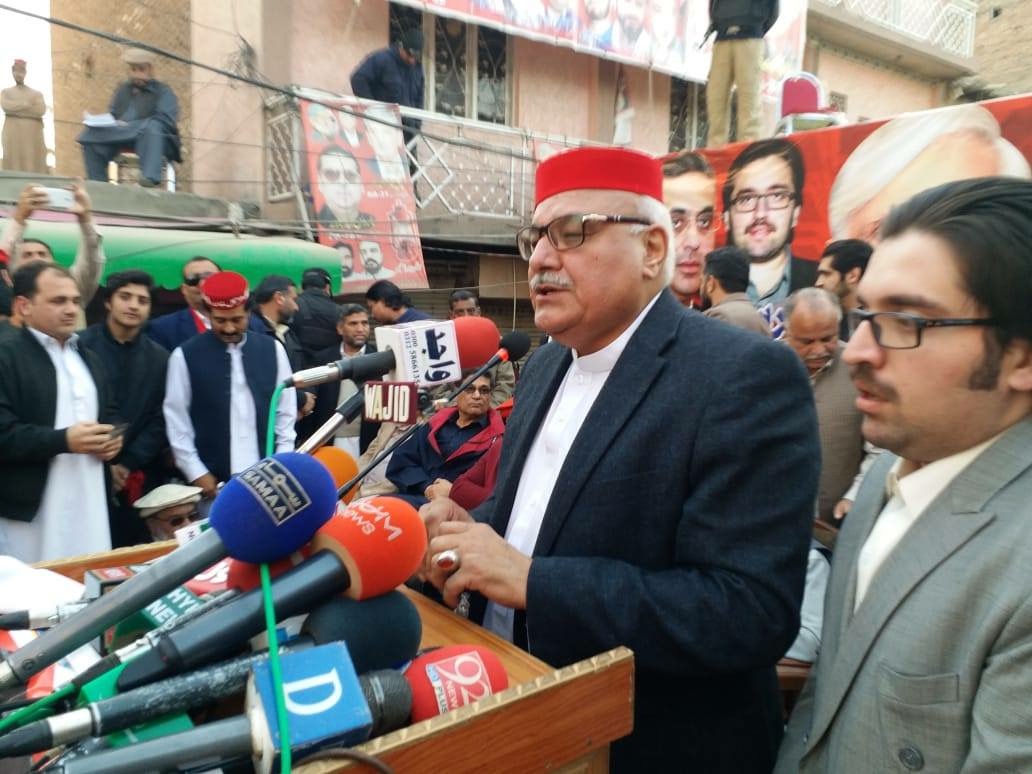 Hoti in his address further said that the ANP, especially the Bilour family, has rendered numerous sacrifices for peace and stability in the region.
He eulogized Daniyal Haroon Bilour for his courage and patience after the death of his father and grandfather. Hoti told the gathering that the ANP gives the same respect to Daniyal which were given to his father and grandfather.
Talking about sacrifices of Ghulam Ahmad Bilour, he said that first his brother was martyred and then his nephew but he never left the ground open for the enemies.
Talking about his party position general election, Hoti said that “The way was cleared for one political party and the ANP mandate was stolen through an organized conspiracy, otherwise the ANP is the most popular party.”