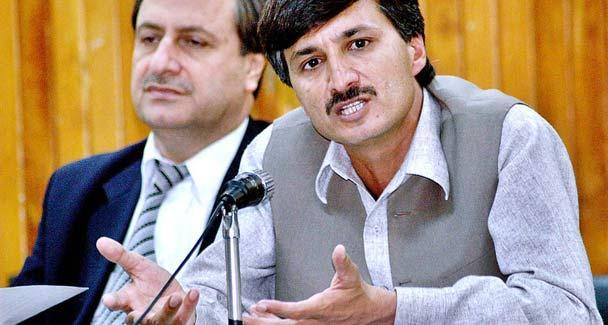 BARA: Sardar Hussain Babak, the parliamentary leader of Awami National Party (ANP) in Khyber Pakhtunkhwa assembly, said that despite nine months of merger the tribal people are still deprived of its benefits.

Sardar Babak was addressing at press conference at Bara Press club after the intra-party elections on Monday. He questioned the Election Commission of Pakistan (ECP) for the ‘undue’ delay in the general elections in tribal districts. Babak said that the local people could better raise voice for the rights of the tribal people on the assembly floor. He asked the ECP to arrange the elections without any delay as the tribal people still deprived of their basic rights despite merger.

Talking about the delimitation of the constituencies in tribal districts, Sardar Babak said that “there are a number of loopholes in the delimitation conducted by the election commission of Pakistan.”  He added that census was not free from the flaws that have undermined the actual strength of tribal people. He has demanded that seat allocations for the tribal areas should be increased as per their population.

While slamming the federal government for ignoring the tribal people in development work, Sardar Babak said that they have resources for construction of 5 million homes across the country, but when it comes to the construction war affected homes in Bajaur, Nawagai, Jamrud, Waziristan and other parts of tribal districts, they said that money is not available. He asked the government that only meetings and announcements will not solve the problems faced by tribal peoples, but practical steps have to be taken to alleviate the decades-long deprivation.

“Only in Wana, there are 1400 disabled persons, out of which 450 are women. Most of them are the victims of war,” revealed Sardar Babak. He asked the government to make efforts for their rehabilitation and provide them with opportunities where they can earn a respectable living.