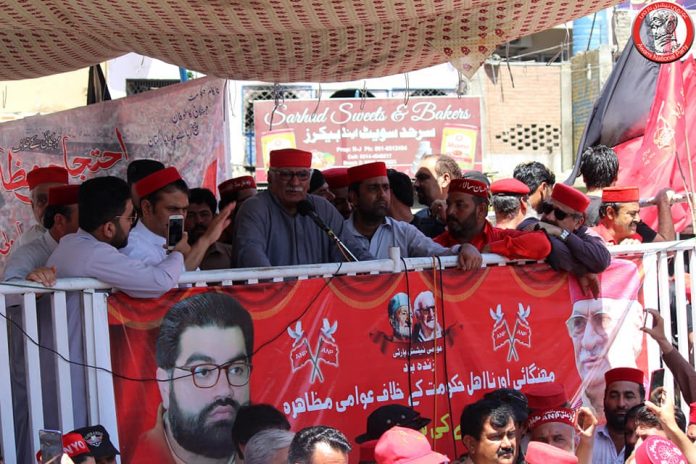 Participants of the rallies were holding banners and placards inscribed with slogans against price hike and the government.

Asfandyar Wali Khan while addressing the Charsadda rally said the Pakistan Tehreek-e-Insaf (PTI) government took record loans in the history of the country which were not taken even during the last 70 years. He said price hike is increasing day by day while the government has no concern for the poor people of the country. He said the government is doing nothing except giving false hopes to the people.

Asfandyar said the rich-poor gap is increasing further in the country due to uncontrolled inflation. In the given situation, he said, the country is going towards a revolution. The ANP chief condemned the clash between security forces and PTM activists in Khar Kamar area and attacks on the security forces in North Waziristan.

Asfandyar criticised KP Chief Minister and his cabinet for being powerless and said that the special representatives of Imran Khan make important decisions in every ministry. He also criticised the government for bringing reference against Justice Qazi Faez Isa and said that the ANP will support every decision of the lawyers.

The ANP chief said the bill increase in the National and KP Assemblies seats of tribal districts must be presented in the Senate without delay. He said the ANP will support the bill.

Asfandyar demanded the government to bring some respite in the price hike and bring down the prices of medicines and petroleum products. He said the ANP will decide its future strategy after attending the all parties conference called by the Jamiat Ulema-e-Islam-Fazl (JUI-F) chief Maulana Fazlur Rehman.