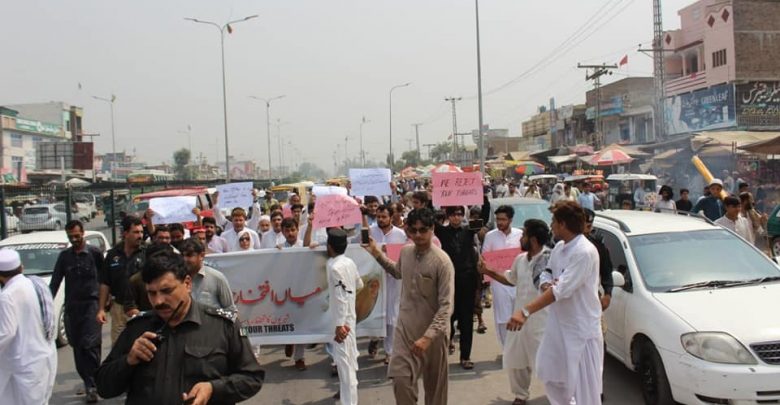 The protesters were holding banners and placards inscribed with demand in favour of demands, asking the government to provide proper security of the ANP leader.

Addressing the protesters, party leader Abbas Khan said that state would be responsible if anything happened to Mian Iftikhar. He said that terrorists were openly roaming around who have been threatening and killing people with impunity that was a question mark on performance of the state and its security institutions.

Members of civil society also criticized the government for its failure to protect people’s live and asked it to arrest those who have come to target the ANP leader as the security agencies have already issued their sketches and name.

The protesters also lauded services of Mian Iftikhar and the party in war against terrorism it was state responsibility to protect people’s lives. Police have issued several threat alerts to Mian Iftikhar and asked him to avoid public gatherings as he might be attacked.