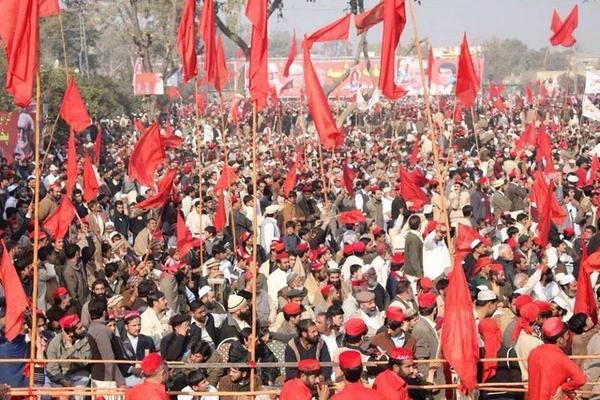 PESHAWAR: The Awami National Party (ANP) Monday said it was against deployment of security personnel inside the polling stations during the general elections.

Ilyas Bilour, who is uncle of Haroon Bilour, who was martyred in a suicide attack in Peshawar few days ago, said the ANP will continue its election campaign despite huge tragedy of his nephew’s death. He said nobody had approached his family members in connection with the probe into Haroon Bilour’s death.

Meanwhile, ANP Senior Vice President Ghulam Ahmad Bilour backtracked from his statement in which he had stated that “our own people” were involved in the suicide attack on his nephew in Peshawar. He explained that he was just saying that he was unable to understand why his family was being targeted.

Ghulam Bilour said the Chief Justice of Pakistan Saqib Nisar should not have ordered to withdraw security from politicians keeping in view the prevailing law and order concerns ahead of the general elections. He said his slain nephew needed security. He said security arrangements for the polls were inadequate and terrorists can take advantage of this situation.