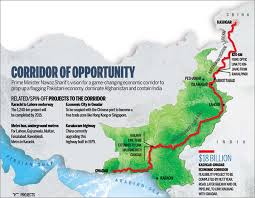 Addressing the demonstration, MPA Zamarak Khan Achakzai warned of strict resistance if the Gwadar-Kashghar route was changed to the benefit of Punjab. He said that the Balochs and Pathans have been deprived of their due rights. But, he added, some so-called nationalist political parties are hand in glove with the rulers against Pakhtuns and Balochs which is extremely regrettable.

He said that if the rulers want to see a prosperous Pakistan they would have to abandon the policy of depriving the residents of Balochistan of their rights. He threatened to extend the protest to other parts of the country if the changes in the Economic Corridor route are not reversed.