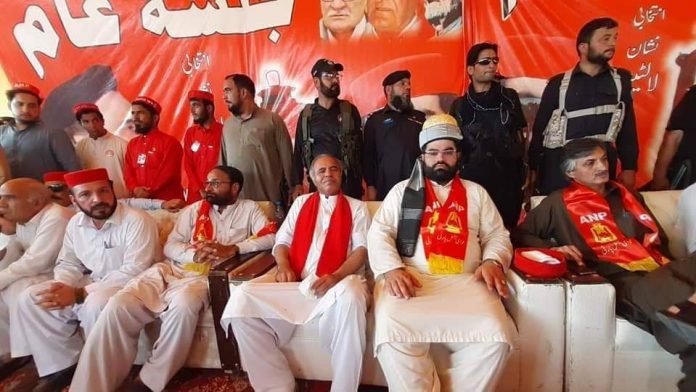 PESHAWAR: After bagging only one seat in first ever provincial elections in tribal districts, the Awami National Party (ANP) has rejected the polls results and announced to devise future strategy on the issue.

The ANP provincial president Aimal Wali Khan said while addressing a party gathering in Karachi on Sunday that the elections were rigged and his party would form a strategy over the matter.

He said the government has failed to serve the masses and it has imposed the IMF system in the country. He said Prime Minister Imran Khan was pursuing the same policies that he had been criticising for the past two decades.

The ANP leader also expressed grave concern over what he called restrictions on the media. He said he is prepared for any punishment if even a minor corruption was proved against his family. He said the country was suffering from politics of victimisation, corruption and nepotism.

The ANP leadership is apparently frustrated over non-impressive show in tribal districts elections in which it secured victory on only one seat out of 16 general seats. The only victory came on PK-103 constituency of Mohmand tribal district where the ANP candidate Nisar Ahmad Mohmand won by securing 11,247 votes. The Pakistan Tehreek-e-Insaf (PTI) candidate Rahim Shah was runner-up with 9,669 votes, while Gulab Noor of Jamiat Ulema-e-Islam-Fazl (JUI-F) got 8,306 votes.

The ANP had carried out a vigorous campaign in this constituency before the polls and the party chief Asfandyar Wali Khan had also addressed a public rally in Mohmand while campaigning for Nisar Ahmad Mohmand.

Despite extensive campaign and media coverage, the ANP’s woman candidate Naheed Afridi secured only 194 votes on PK-106 Khyber district. The seat was won by independent candidate Bilawal Afridi who got 12,814 votes. The situation in Kurram was even worse for the party where its candidate Farooq Ahmad got 192 votes in PK-108. In PK-115 of former FRs, Qadir Bhittani of the ANP got 9,263 votes. The JUI-F’s Muhammad Shoaib got 18,102 votes to emerge victorious in the constituency.