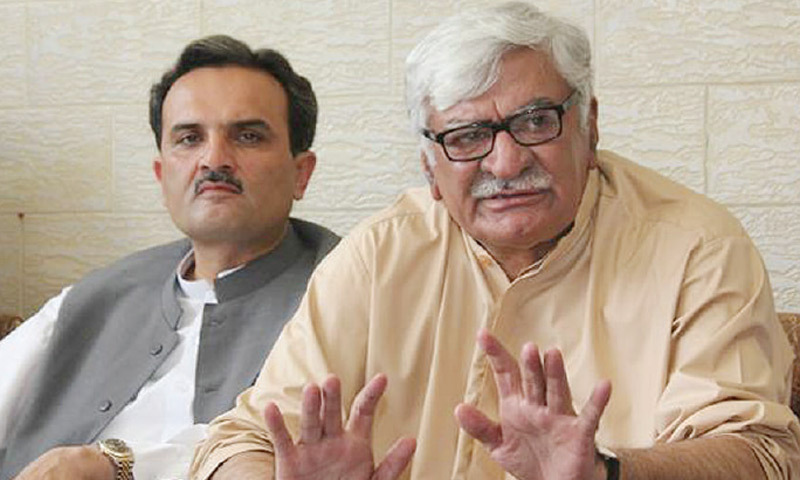 PESHAWAR, 29 July: Awami National Party (ANP) Chief Asfandyar Wali Khan on Saturday said that despite having some reservations his party has accepted the Supreme Court verdict in Panamagate case of disqualifying Prime Minister Nawaz Sharif from his office.
“Though we have reservations over the decision of the apex court, however, we respect the final ruling of the Supreme Court in Panama Leaks,” said Asfandyar Wali Khan said in a press talks after chairing a consultative meeting of the party.
Asfandyar said that they have serious differences with Nawaz Sharif over certain issues including China Pakistan Economic Corridor (CPEC) and Federally Administered Tribal Areas (FATA) reforms but his party never tried to derail democracy.
The ANP chief asked all the political parties to avoid surrendering parliament’s power to Supreme Court. He said no politician is honest and truthful under article 62 and 63 of the Constitution.