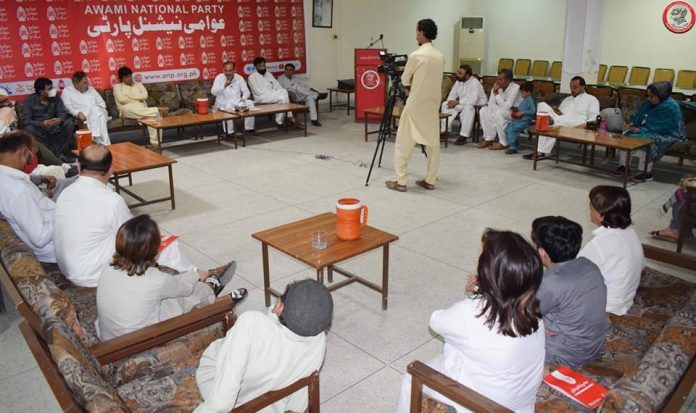 PESHAWAR: Parliamentary leader of the Awami National Party (ANP) in Khyber Pakhtunkhwa Assembly Sardar Hussain Babak said on Thursday that his party will bring a resolution for launching its own TV channel ‘Abaseen’ in the KP Assembly in its next session.

The ANP leader was addressing a consultative meeting of artists and folk singers at Bacha Khan Markaz in Peshawar. Representatives of different showbiz organisations from different parts of KP attended the meeting where issues and problems of KP artists were discussed. A committee comprising senior artists Tariq Jamal, Tauheedullah Qureshi, Zahida Tanha, Irum Sahar, Jahangir Adil and Rashid Khan was also constituted under the chairmanship of ANP provincial culture secretary Dr Khadim Hussain to work for resolution of problems of people associated with showbiz.

Dr Khadim Hussain said that the consultative committee would contact artists from across the province related to their respective fields and would be united under the umbrella of one organisation ‘Malgari Hunarmandaan’ an artists’ forum, adding that earlier Malgari Leekwalaan, a writers’ forum, was set up to promote art and culture.

Sardar Hussain Babak said artistes and other people associated with showbiz are facing a lot of problems due to poor state of the industry and lack of patronage from the government. He said the ANP owns artistes and will continue raising voice for their genuine rights. He said the ANP’s channel would pay better to actors, artistes and performers as compared to the state-run TV and radio. 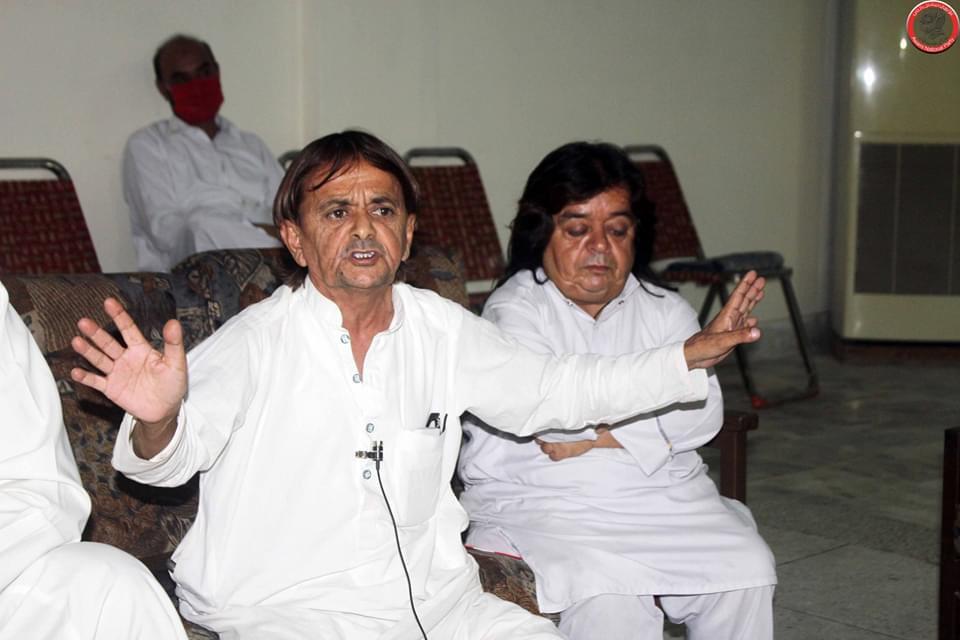 Mr Babak said Abaseen TV would provide great opportunities to KP artists, folk singers, writers and intellectuals speaking different languages spoken in the province . He said a full-fledged production house would also be set up at Bacha Khan Markaz under the auspices of Bacha Khan Trust to engage artists and writers.

During the meeting, some senior artists complained that they have not been paid by the state-run TV for their work even after lapse of four months. “The KP government has not taken even a single step regarding relief to artists during the coronavirus pandemic and many senior performers and folk singers are on the verge being starved,” said Zahida Tanha, TV actress and poet.