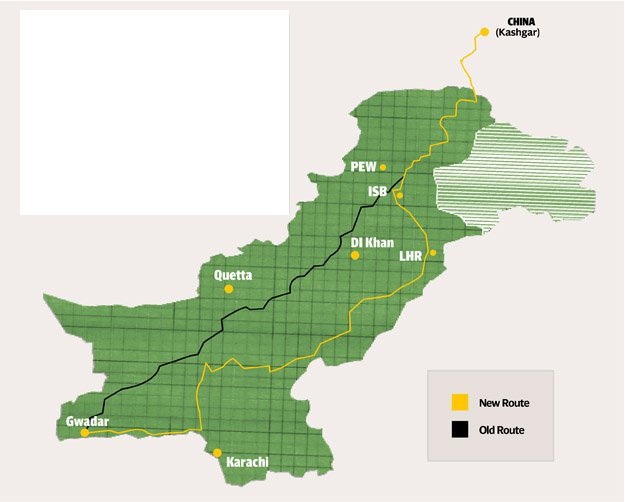 Talking to journalists here yesterday, the ANP chief Asfandyar Wali Khan said that they would raise voice everywhere for the rights of the province. A delegation of ANP would soon call on Chinese ambassador in Pakistan to apprise him about their apprehensions over route change of economic corridor, he said.

China, he went on to add, prioritizes the old route so that backward Federally-Administered Tribal Areas (FATA) could also be put on track to prosperity. But in the changed route FATA development exists nowhere, he added.

The nationalist leader said that any change in the route of Economic Corridor was not acceptable to them and the project should be devised in a way that all the provinces of the country are equally benefitted from it.

He said that under the changed route Punjab would receive 70 per cent gains of the projects while the remaining 30 per cent would to the three small federating units.

He termed the Chinese president’s visit to Pakistan and announcement of huge investment in Pakistan a good omen for Pakistan, but in the same breathe he urged the federal government to resolve the issue of route change judiciously.