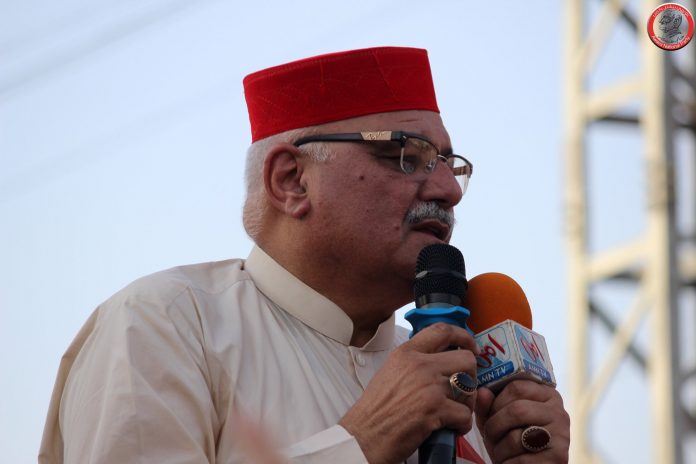 The senior leader of Awami National Party (ANP), Maulana Gul Dad Khan was injured among two others in a roadside blast in Dar Banro area of Tehsil Nawagai in Bajaur district. On Wednesday, one of the injured of the attack was injured has succumbed to injuries in hospital.

The arch-rival of Taliban ideology, 65-year-old Maulana Gul Dad has lost 13 members of his family and friends – including his brother and son – in the war against Taliban. However, he still stands firm on his stance. In one of his interview with the TNN, he has said that he will stay in Bajaur and will continue his fight till he is alive.

The ANP candidates from Mohmand tribal district Nisar Mohammad Khan and Hazrat Khan Momand besides the members of the party’s election committee from Mardan and Charsadda also attended the meeting.

The ANP leadership during a press conference in Bajaur press club has said that the attack on senior political and religious leader his already put fear and panic among the candidates and party workers. They have asked the election commission of Pakistan and the provincial government to ensure full-fledged security to candidates and party workers.