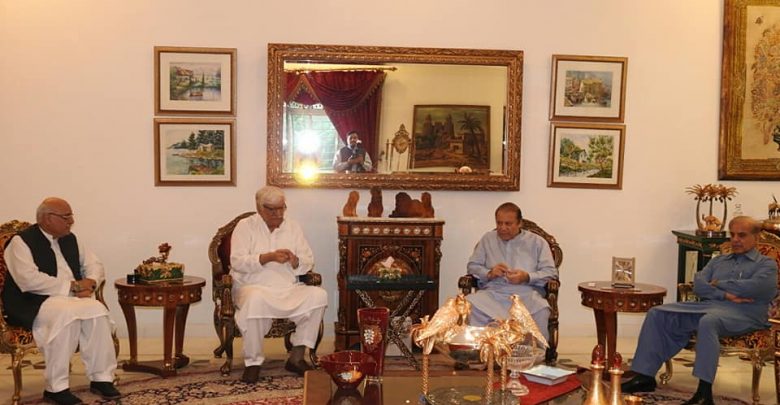 LAHORE: Awami National Party Chief Asfandyar Wali has said they would oppose Kalabagh Dam no matter if someone invoke Article 6.

The ANP chief along with Amir Haider Khan Hoti and other party leaders who could not attend funeral of Begum Kulsoom visited Jati Umra to offer condolence to former prime minister Nawaz Sharif over the sad demise of his wife.

Later, he told reporters that they were not against dams, but there was a difference between a dam and the Kalabagh Dam.

Asfandyar said giving nationality to the Afghans was their demand as those who crossed the eastern borders were not only given nationality but also the government.

It wasn’t the case with others from across the western borders despite giving hundreds of thousands of lives and became a fodder in the United States’ war, he said.

The ANP chief said existence of PML-N and Nawaz was essential for a strong democracy, adding that it would be an unfortunate thing for Pakistan, if Nawaz did not have a role in politics.