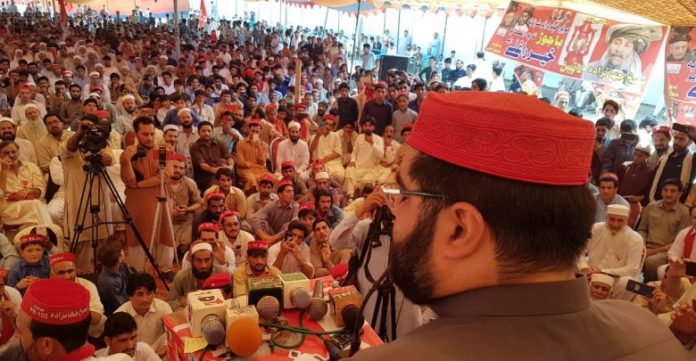 Addressing a public gathering of party activists in Inayat Killay area of Bajaur tribal district as part of election campaign, he alleged that Section-144 was imposed merely for the ANP, while the government candidates were enjoying full freedom.

The ANP leader alleged that the government instead of mitigating the suffering of tribal people was rubbing salt to their wounds. He said few so-called Pakhtuns have been given place in the federal cabinet as part of this drama. He said Pakhtuns have been kept deprived of their basic rights.

Aimal Wali Khan lamented that security alert is issued always when the ANP goes into election field. He said Sartaj Khan has been martyred after Bashir Bilour and Haroon Bilour. He said the political opponents are afraid of the popularity of the ANP and they are putting impediments in its way. He said KP can become the trade hub of Asia when it is declared a free trade zone.

The ANP leader said the Khassadar force personnel were integrated into KP Police, but they were not given salaries and privileges like police.

He demanded that the trade routes between Pakistan and Afghanistan must be opened immediately and establishment of schools, colleges, hospitals and roads must be ensured in tribal districts on priority basis. He said solid steps must be taken to ensure access of tribal people to cheap and inexpensive justice.

Aimal said the ANP will raise voice effectively for the tribal people after winning elections in tribal districts.