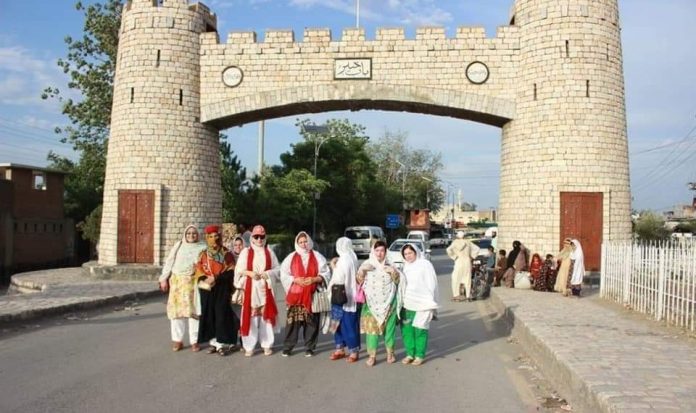 JAMRUD: Political parties are holding preparations for the upcoming provincial elections in the merged districts of Khyber Pakhtunkhwa despite uncertainty prevailing over the polls.

The Awami National Party (ANP) has also kicked off preparations for the polls. The women activists of the ANP have initiated campaign for the PK-106 candidate Naheed Afridi, the first woman candidate from the constituency. The campaign is spearheaded by the party’s provincial vice president Shazia Orangzeb, and joint secretary Dr Shaheen Zameer.

The women activists on Saturday visited Tedi Bazaar, Sperah, Warmando Mela, Sur Kamar and Nai Abadi areas as part of their door to door campaign. They appealed to the voters to give their precious vote to the ANP in the upcoming polls for 16 general seats of Khyber Pakhtunkhwa Assembly from tribal districts. They claimed that the ANP is the only political party which is true representative of Pakhtuns. They said the ANP will win the provincial polls in tribal districts. They said Naheed Afridi will work for the rights of tribal women after winning the election.

The ANP has fielded Gul Afzal Khan from PK-100 Bajaur, Haji Lali Khan will contest from PK-101 and Sheikh Jehanzada will contest polls from PK-102, the third constituency of Bajaur.

The Election Commission of Pakistan (ECP) has finalised preparations for the provincial elections in tribal districts. A tough contest is expected among the ruling Pakistan Tehreek-e-Insaf (PTI), ANP, Jamiat Ulema-e-Islam and independent candidates backed by the Pakhtun Tahaffuz Movement (PTM) in the polls. All the parties have announced strong candidates for the first ever provincial elections in the merged districts.