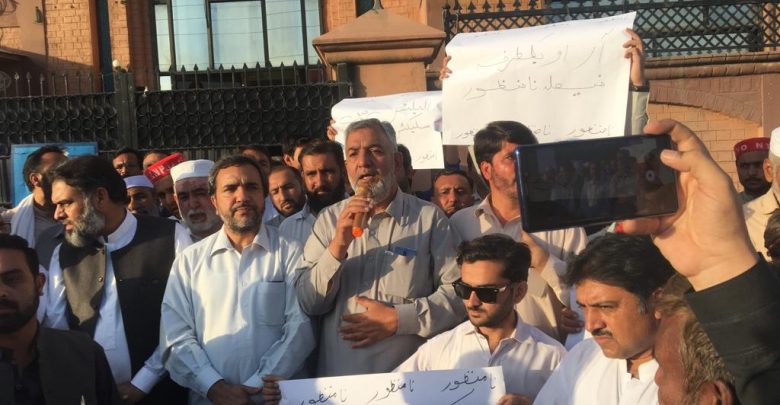 The protesters were holding banners and placards inscribed with slogans against Election Commissioner of Pakistan. Addressing the protesters outside Mardan Press Club, Ahmad Bahadur who contested elections said that he was declared winner in by-polls but later ECP issued notification of PTI candidate which was clear rigging.

He alleged that the ballot boxes were opened before recounting in ECP office which is a clear proof that ECP has hand in glove with the government.

They demanded repolling in the constituency or threatened to move election tribunal if their demand was not accepted.