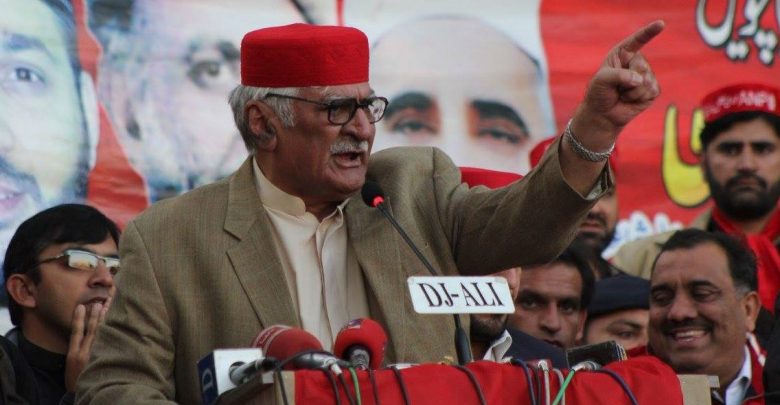 Protests were staged at different parts of the province including Lakki Marwat, Bannu and Temergarah.

A large number of workers gathered at Bacha Khan chowk Charsadda where they chanted slogans against Election Commission of Pakistan for its involvement in rigging the election in favour of a party.

“You cannot hide even behind 100 curtains,” said Asfandyar Wali Khan while referring towards army for its alleged role in election.

He also criticized the judiciary and ECP and alleged that Pashtun leadership was deliberately kept out of assemblies so that no one criticize Imran Khan.

“We will not stay silent over this theft of our mandate,” he said.