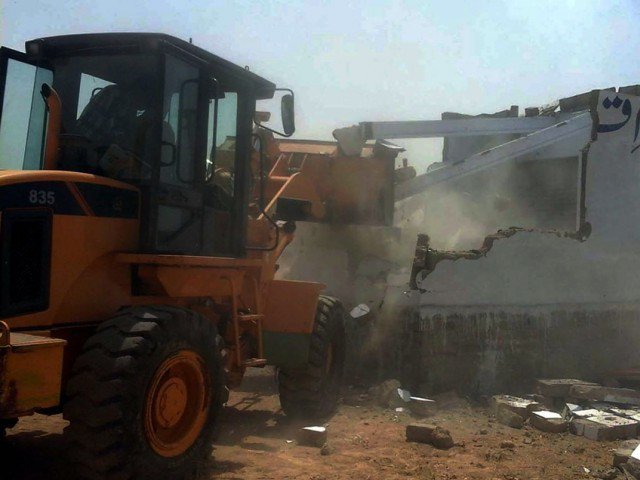 PESHAWAR, 28 May: The district administration of Peshawar in its campaign against encroachments has demolished a portion of Gulbahar Police Station.

The administration said the encroachments of the police station including its parking area, boundary wall and some internal potion have been demolished.

Capital City Police Officer Ijaz Ahmed said differences with police also emerged over demolishing the police station. However, he said the differences were removed through negotiations.

“It is a very good development that the anti-encroachments operation has started from a police station. It will benefit the general public. Facilitating the masses should be the top most priority. It was an administrative decision,” Mr Ijaz told TNN.