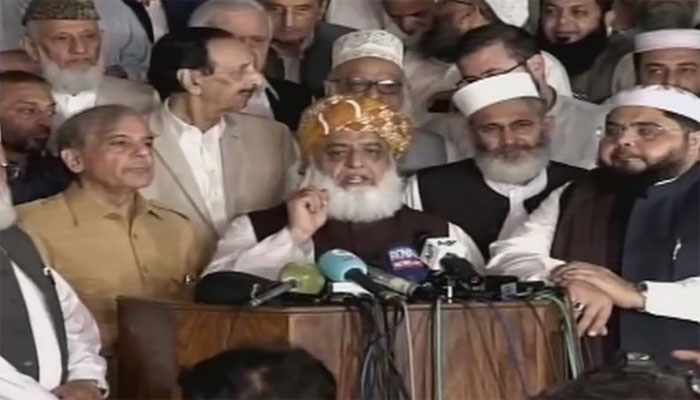 Addressing media about the conference, Mauala Fazlur Rehman said all political parties who attended the meeting have rejected July 25 election results. “We will launch a movement for re-elections,” he said.

The APC has completely rejected the July 25, 2018 elections with consensus, Maulana Fazlur Rahman said, adding that none of the party in APC considered the election to be the mandate of the public, but a theft of people’s mandate.