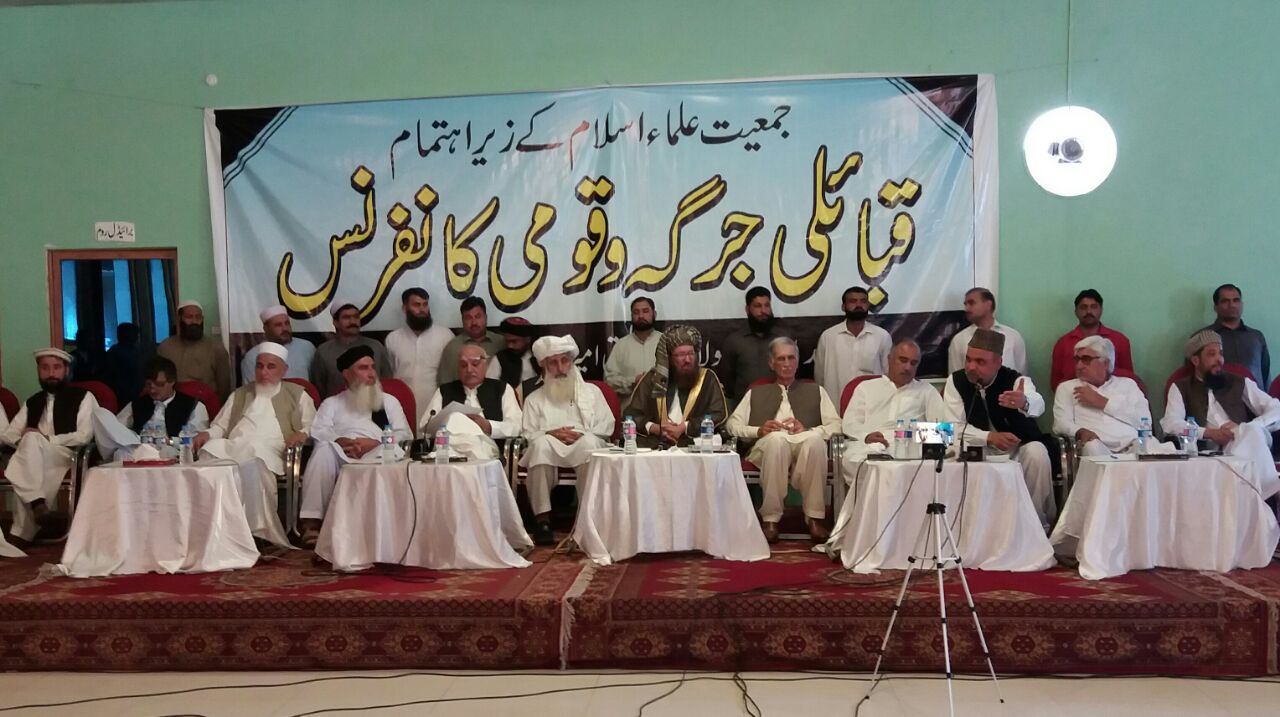 PESHAWAR, 3 October: All Parties Conference and a tribal Jirga here Tuesday asked the federal government to merge Federally Administered Tribal Areas into Khyber Pakhtunkhwa for its social and economical development   of the region.

The conference and Jirga were convened by chief of Jamiat Ulema-e-Islam-Sami Maulana Samiul Haq to forge consensus among the political parties and tribal elders on merger of Fata.

Later, the participants through a joint statement asked the government to immediately abolish the Frontier Crimes Regulation and extend jurisdiction of Peshawar High Court and the Supreme Court of Pakistan to the area.

It demanded that Fata should be given representation in the provincial assembly by amending the Constitution of Pakistan and empower the elected representatives to empower them make legislations for Fata.

Opposing the appointment of a chief executive officer, the APC and Grand Tribal Jirga demanded of the government to make chief minister of Khyber Pakhtunkhwa as CEO.