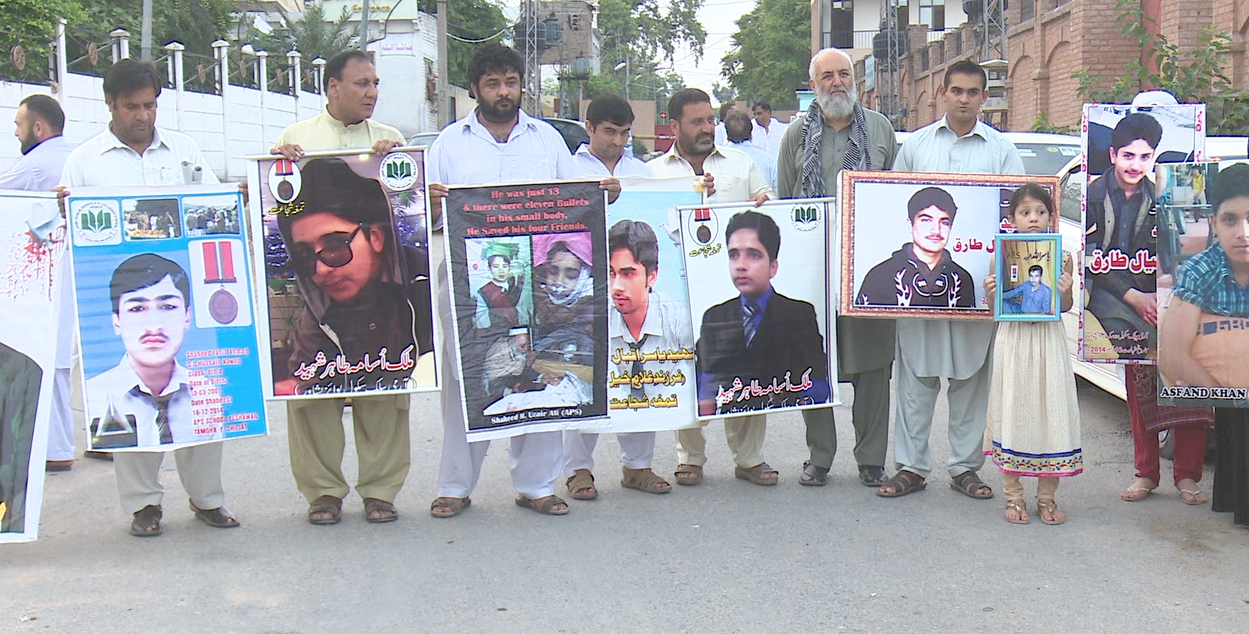 PESHAWAR, 10 August: The parents of the Army Public School (APS) martyrs have demanded establishment of a judicial commission headed by the Chief Justice of Pakistan to probe the Quetta blast, which claimed at least 72 lives.

In this regard, the APS Shuhada Forum held a protest rally to express solidarity with the victims of Quetta carnage. Participants of the protest also offered Fateha for the departed souls.

President of Shuhada Forum Ajun Khan said the Quetta carnage is highly condemnable. He said the Shuhada Forum shares the grief of the victim families. He demanded the government to establish a judicial commission to probe the incident and to give exemplary punishment to the people involved in the incident.