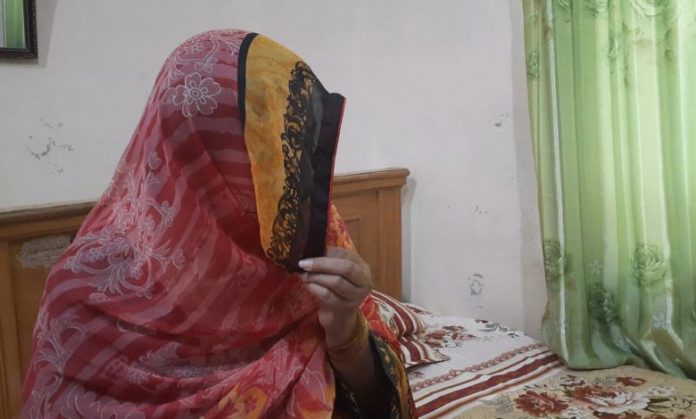 PESHAWAR: The life of a woman in our society is so complicated and full of difficulties that it cannot be explained simply by writing or talking about it.

There are two kinds of women – those who accept their fate and live according to commands of others, and those who gather courage to live life according to their own choice. I have made a lot of debates with people on the issue of women’s rights, but came to conclusion that discussing such things with ignorant people is like striking one’s head against the wall.

Those having conservative approach equate independence of women with Europe-style life where there is no pardah. When a friend said this, I was shocked and told him that there is no restriction of pardah on me even here and I do it according to my own comfort whenever I travel anywhere.

The general thinking in our society for a girl is like: “You get food and clothing at home. You also attend functions along with family members. Family will take care of you until you are married and in-laws will do that after marriage. What else do you want?”

Even slaves and pet animals get meal and even statues get care then can we describe them as independent? People think they have done everything by marrying off their daughter, but have they asked what actually they want?

I believe that a girl should get education as much as she wants and go to the field of her choice. She must also be given free choice about her marriage, but it is commonly seen that girls are forced to accept marriage proposal, particularly with relatives. Girls remain busy in household tasks all the day and in the end they are told that their contribution is insignificant.

If a girl is still not married then she cannot have a mobile phone as it annoys her brothers. She has to wear simple dresses as fashionable dresses are not liked by her brothers. She cannot go to a function for the fear of presence of boys there. Some people even don’t accept the salary of a girl and term it against their honour. But they don’t consider it a matter of honour when a woman first depends on father’s salary and then on husband’s salary after marriage.

Again, the family of a girl tries to marry her in rich families and simply ignore the fact that their daughter would be dependent on them for each and everything. Sometimes I think women in our society are just made for being verbally abused by husband, being given as Swara for settling disputes, being killed to secure honour and being deprived of rights to intimidate her and show dominance of men.

The patriarchs believe that educating the women means emboldening them to speak up. They always need silent women who suit them for accepting their dominance. If women are aware about their rights and they get their voice, then they would not accept dominance of men.

Some people may not agree with me and cite example of women in showbiz, education, health and other sectors who are very successful nowadays, but they are very few and they have reached this far after huge efforts and sacrifices. The main thing is that the quest of women for independence must not be confused with immorality. Independence is just free choice to get education, job and marriage etc and nothing else.